When Reeling In Empty Nets Means You’re Doing Everything Right 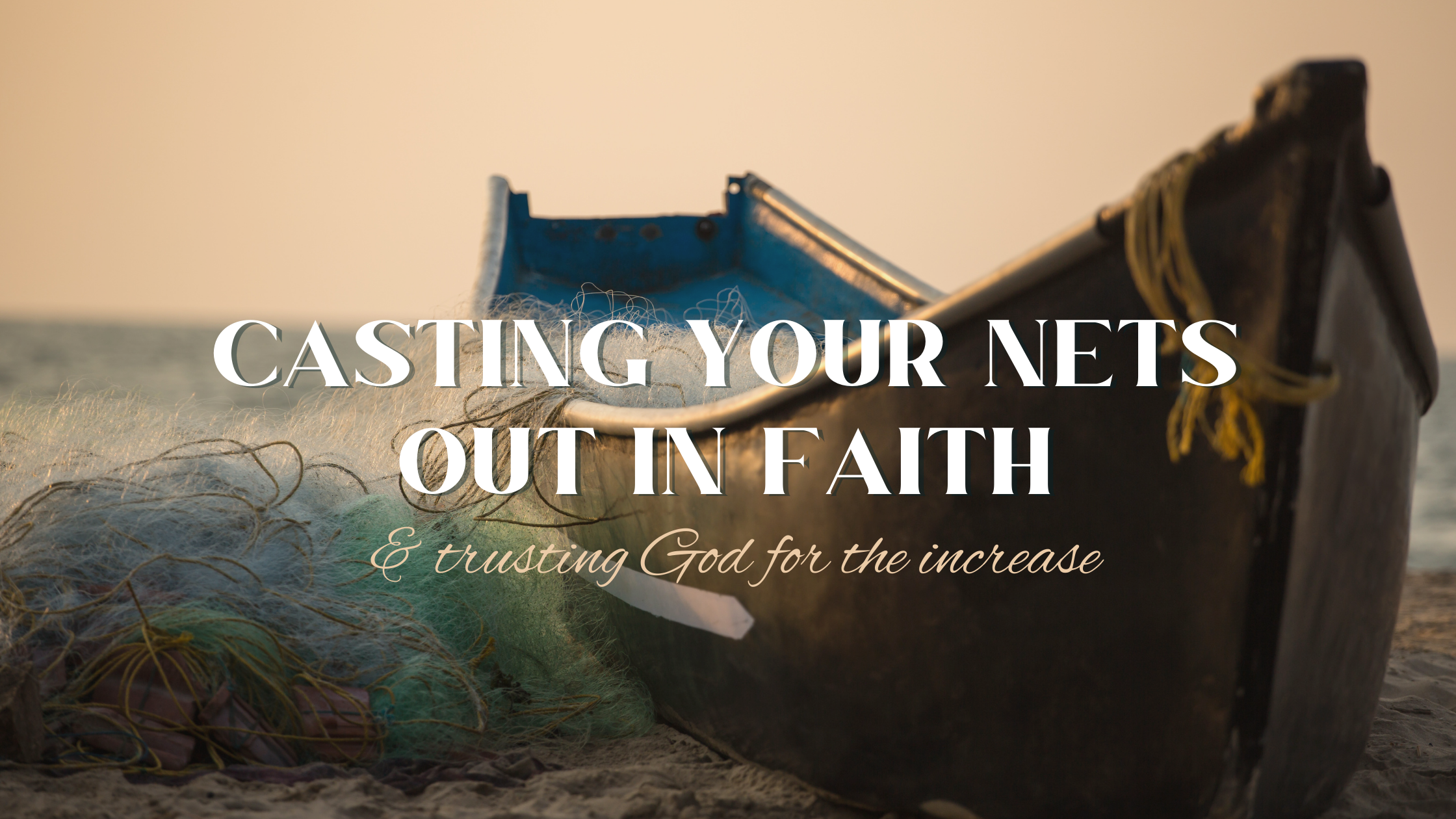 …he said to Simon, “Put out into the deep and let down your nets for a catch.”

Peter and his brother Andrew were business partners and seasoned fishermen. Taking advantage of the cooler temps, they would fish through the night, and take their catch to the market each morning. From tender ages, they’d grown up on the water.

Their father had taught them when to fish close to shore, and when to launch out into the deep. They knew where the fish liked to congregate, and how to watch the surface of the water to track the movement underneath.

The rhythmic motion of casting, waiting, watching, drawing in, and emptying the nets, was as ingrained in their memories, as it was in their muscles. Despite their years of experience and skill, each toss of the net was a new act of faith. Would they pull in enough for the day?

You’re consistently casting out your nets, and dragging them back in empty. If there was an easier way, you’d do it, but there are no shortcuts for the work that must be done. You get up every day and wash, rinse, repeat, and pray that the Lord will move enough fish around so you can bring in the haul. Your nets seem empty, but it’s not for lack of effort.

In Luke 5, Peter had just spent a fruitless night on the water, fishing. He did what he always did, and on this particular night, it resulted in a big fat zero. Surely it was not unheard of to catch nothing, but for all the toil, sweat, and burdens he carried, it was discouraging, nonetheless. With nothing to show for his hours of work, he might’ve questioned his line of work. Was this really what he wanted to do with the rest of his life? Then Jesus showed up, followed by a large and noisy crowd.

As the crowd pressed in, Jesus got into Peter’s boat to distance himself from the crowd. Peter sat next to Jesus as he continued to teach from the boat. Once he had finished teaching and the crowd dispersed, he said to Peter, “Put out into the deep and let down your nets for a catch” (Luke 5:4, ESV).

Jesus may have known how to teach to a large crowd, but fishing was Peter’s territory. Peter knew the best fishing was at night when the fish came up to the shallow waters. Now it was the heat of the day, and the fish had migrated into the deep waters below the reach of the nets. Despite his doubts, Peter obeyed. You can hear the tone of reluctance in his response. “Master, we toiled all night and took nothing! But at your word I will let down the nets” (Luke 5:5, ESV).

Casting Out in Faith

The nets splashed down into the water, and moments later they pulled tight, and the boat started to tip. It was the lottery jackpot of all lottery jackpots! It was the biggest catch he’d ever dreamed of. It was simple really for the Creator of all things. He merely rearranged all the fish in the lake and directed them into Peter’s nets.

Maybe as little boys, Peter and Andrew would dream about what it would be like to catch all the fish in the whole lake. What would they do with the money? How would that change their lives? But in this moment of miraculous provision, the financial windfall was irrelevant to Peter.

At once he realized who he was because of who was with him in his boat. He fell down at Jesus’ knees and said, “Depart from me, for I am a sinful man, O Lord” (Luke 5:8, ESV). In a moment, and without hesitation, he left the overflowing nets, and his old life as a fisherman, to become a fisher of men.

What are Your ‘Net Results’?

Are you pulling in empty nets?

So often we think that the fullness of our nets is a direct correlation to the effectiveness of our labors. Sometimes we compare our nets to someone else’s and they seem empty by comparison. But life (and fishing), are rarely about hitting the jackpot.  We may dare to dream, but the reward is usually the result of faithful, repetitive, non-glamorous work.

Has the carpenter from Nazareth entered your boat and asked you to launch out into the deep? Launching out may mean you need to do something differently, or it could mean faithfully doing what you’re already doing. Click To Tweet

Why is it that sometimes the same action you’ve repeated over and over, suddenly works? Or sometimes doing something differently, like casting out into the deep in the heat of the day, finally produces the outcome you needed all along?

The only logical answer is that the Lord is in the heavens and he does as he pleases (Psalm 115:3). It’s not our ingenuity, tenacity, or ability to build a better fish trap, but a humble and submissive heart to obey the Master.

Friend, keep casting out your nets in faith, praying he’d rearrange the fish and fill our nets, for his glory, and our good.

P.S. Find encouragement in your work, life, and leisure when you sign up for my weekly email below.