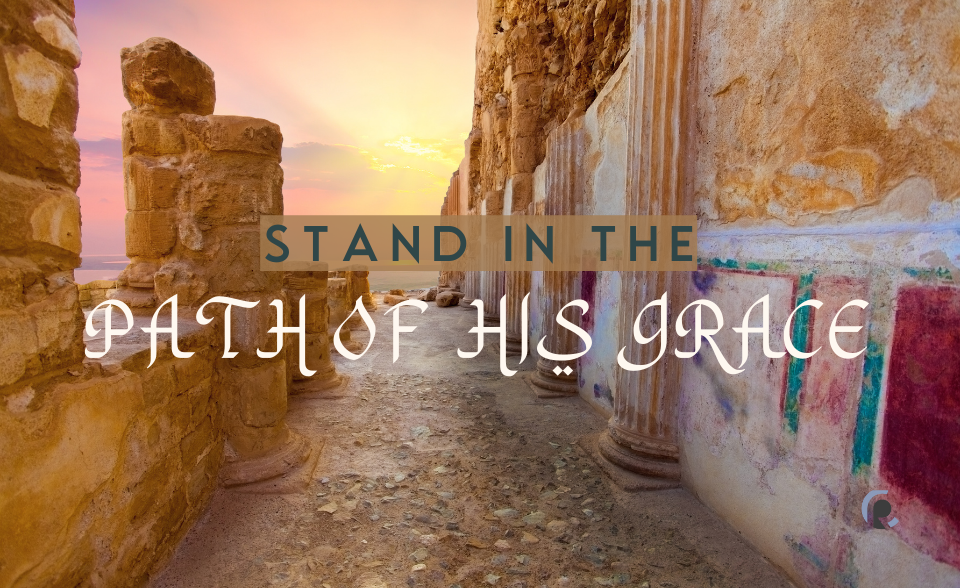 Son of David, have mercy on me!”

Bartimaeus coughed as a thick cloud of dust kicked up around him as the crowd shuffled past. He was sitting at his usual corner, doing what he did every day, begging for money. While the world lay in utter darkness to him, the seeing world preferred not to look at blind Bartimaeus. His gray visionless eyes made people around him uncomfortable. His physical condition made him unclean and viewed only slightly higher on the social ladder than the tax collectors.

He was used to being the object of ridicule and pity. If he was lucky a few people might throw a mina or two his way like they would throw scraps of food to a dog. As the crowd rumbled past, he yelled out, “What’s happening, what’s going on?” Someone replied that Jesus of Nazareth was passing by.

Not Seen but Heard

Bartimaeus couldn’t see a thing, but he had been listening intently to stories about Jesus of Nazareth. He knew that Jesus was restoring eyes, limbs, and lives. Just a few weeks ago he heard how Jesus had raised Lazarus from the dead in nearby Bethany. He overheard women excitedly retell the story as they walked past his corner. He’d lean in a little closer to hear more details about this miracle man named Jesus.

The incredible stories of Jesus’ miracles and teachings echoed in his mind, as did the scriptures he knew about the coming Messiah, the Son of David. Could Jesus be the one? Bartimaeus was starting to feel something he hadn’t felt for years…hope.

Seeing Things in a New Light

In Bartimaeus’s dark world, a spiritual spotlight had been turned on. The time to act was now and he began to cry out. “Jesus, Son of David, have mercy on me!” Each time he said it, he believed it more and proclaimed it louder. Annoyed by the attention he was drawing to himself, the crowd shushed him to be quiet. But something had sparked inside of him. He knew no one else would advocate for him, so he had to do whatever it took to get Jesus’ attention. To his astonishment the ruckus he caused worked! Jesus suddenly stopped and commanded that Bartimaeus be brought to him.

A kind stranger grabbed his hand and lifted him to his feet. “Be of good cheer. Rise, he is calling you” (Mark 10:49). Be of good cheer? Was this really happening? It must be real because his heart was swelling with hope and anticipation. He cast off his cloak and made his way to Jesus. Jesus asked him, “What do you want me to do for you?”

What kindness and compassion! The Son of David was stopping to ask him, a lowly blind beggar, what he wanted from him. There was no question in Bartimaeus’ mind what he wanted from Jesus; he wanted his vision restored. Jesus saw his faith and replied, “Receive your sight; your faith has made you well” (Luke 18:42). Immediately the world came into colorful focus, and Bartimaeus now had restored physical and spiritual vision. He joined the crowd following Jesus and glorified God.

Seeing the Path of Grace

Bartimaeus’ healing is another example of annoyingly persistent pleading with God to answer our prayers. How does this work itself out practically? David Mathis said, “We cannot force Jesus’s hand, but we can put ourselves along the paths of grace where we can be expectant of his blessing.”

Formerly blind Bartimaeus gives us five ways we can see the pathway of blessing a little more clearly.

Seeing Your Need Through Other Senses

Like Bartimaeus, I’m learning to lean into my other senses of listening to God in order to see him more clearly. I’ve been trying to put myself in the path of God’s blessing by praying, reading, journaling, and blogging through a specific need in my life. Last week, God was merciful and answered. Looking back through my journal this week, I relived my journey to this point. I saw how God has been working through my heart and transforming my perspective on this issue.

I’m still resting in dependence on God as I’m seeing him light each step along my path. Bartimaeus saw his true spiritual condition, needing mercy, with his physical need, needing vision. When we see clearly like that, we can say along with Bartimaeus and the saints through the ages, “I once was lost, but now I’m found, was blind, but now I see.”