This is How to Get Your Prayers Answered, Sue God! 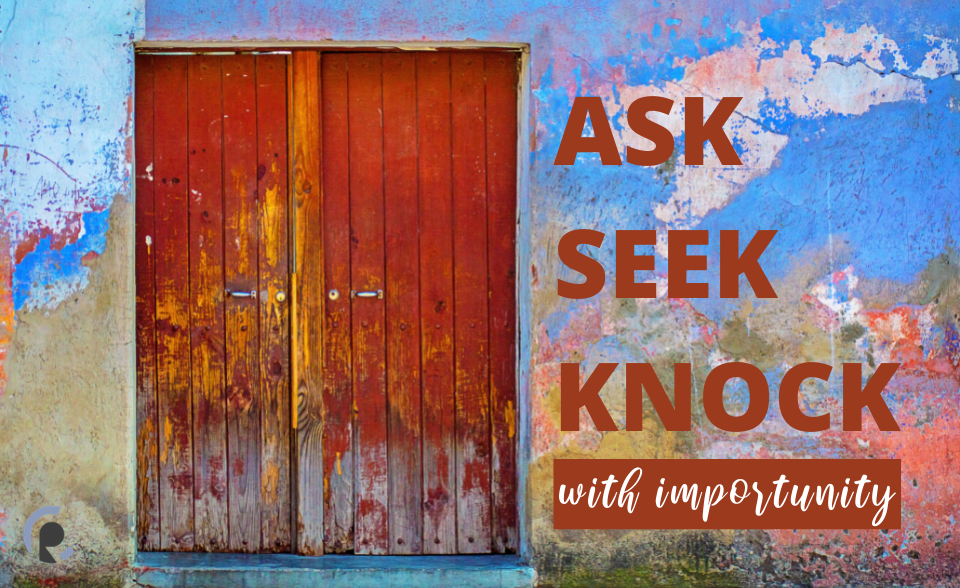 I say unto you, Though he will not rise and give to him because he is his friend, yet because of his importunity he will arise and give him as many as he needeth. (ASV)

Would you rather be a bad host or a bad friend? In Luke 11:5-8, Jesus told a parable about an annoyingly persistent friend who, when faced with this choice, decided he’d rather wake up his sleeping friend (and his whole household) to borrow a few measly pieces of bread than be a bad host to his out-of-town company.

The persistent friend didn’t care that his midnight visit and his loud “whispering” through-the-walls, put his friend out of sorts. To him, the greater offense would’ve been not offering his travel-weary friends some much-needed refreshment. So he literally began asking, seeking, and knocking, until he found a solution to his problem. It wasn’t love for his friend that finally prompted the man to get out of bed, but it was his friend’s utterly shameless, overly bold, and annoyingly persistent request. In other words, it was his importunity that got him the results he wanted.

Get Comfortable with Uncomfortable

I don’t know about you, but this sort of importunity makes me uncomfortable. I would rather be a bad host than be such an annoying friend. Yet, Jesus used this story as an illustration of how we ought to pray. Do you mean, it’s ‘ok’ to be brash and demanding when we approach God? Doesn’t this fly in the face of about 99.9% of our prayers? Shouldn’t we be more polite, reverent, and deferential when we approach God in prayer? According to Jesus, not necessarily. When was the last time you prayed with importunity? I can think of only a handful of times.

In 2003, my Mom was dying from cancer. She desperately needed a needle in the haystack “perfect match” bone marrow donor, to save her life. I made it my job to rally friends and family to pray. At times, I felt a little self-conscious about asking for prayer again. I wondered if I was testing the limits of some of my friendships to send out so many requests. But those thoughts were fleeting, as we were all desperate for God to intervene and save her life.

I’ve been awakened in the middle of the night a handful of times to pray. I’ve interceded for a dying friend and her grieving family, and for another friend on the way to the hospital after a miscarriage. I’ve prayed brokenhearted prayers for a baby who suffered a brain injury because of a doctor’s negligence, and prayers for peace for a young teenager who lost her father in an accident. In 2019, we desperately prayed for God to act on our behalf, so we could make a move across state lines.

But in general, I take a more humble approach to prayer, and only on a few very desperate occasions have I ever dared to ‘demand’ anything from God. Yet, today I’m in a place of needing to see God move. I’ve been asking him to show up for us in a big way. I’m reminded again of the access I have to pray with an almost irreverent sort of boldness. This is not a life or death matter, but a more common ‘lend me three loaves of bread’ type of prayer.

A Case for Unrelenting Prayer

Is it ‘ok’ to demand anything from God? Can we be so bold as to say, “Listen here, God! I need you to remember me, and act!” If this sort of prayer makes you uncomfortable, listen to some of the cries to God from the Psalmist.

The Father’s Heart is to do You Good

Rarely are we encouraged to be utterly shameless, overly bold, and annoyingly persistent. Yet this is exactly how Jesus encouraged us to pray. And if you’re wondering if after praying with such boldness, you might’ve offended or angered God, Jesus reminds us it is the father’s heart to give good things to his children.

“What father among you, if his son asks for a fish, will instead of a fish give him a serpent; or if he asks for an egg, will give him a scorpion? If you then, who are evil, know how to give good gifts to your children, how much more will the heavenly Father give the Holy Spirit to those who ask him!” (Luke 11:11-13).

Sue God to Answer Your Prayers

God is not mad, or put out, by our persistent, demanding prayers. He doesn’t roll his eyes when we desperately lay our burdens before him again. Instead, he welcomes it and reminds us that he loves us and wants to do us good. The Puritan Thomas Goodwin took it even a step further, and said, we ought to ‘sue God’ in our prayers. He said,

“Sue Him for it, sue Him for it. Do not leave God alone. Pester Him, as it were, with His own promise. Tell Him what He has said He is going to do. Quote Scripture to Him…It pleases Him. The child may be slightly impertinent, it doesn’t matter, the Father likes it in spite of that. And God is our Father, and He loves us, and He likes to hear us pleading His own promises, quoting His own words to Him, and saying, in light of this, can you refrain from answering me? It delights the heart of God. Sue Him! That is, demand that He answer you because He has promised to do so!”

All in the Family

Absolutely incredible. Sue God. Does that make you uncomfortable, and also leave you in a state of awe? That’s the kind of access we, as his children, can approach him within prayer. However, I wouldn’t recommend this sort of approach if you’re not a child of God. I’ll happily attend to my children, when they may demand food from me because they’re my kids. But I’d feel differently if a neighborhood kid entered my house and started making demands. This type of access to our heavenly Father is a benefit of being a child of God. But the good news is, all are invited and welcome to join the family. The first prayer he wants to hear in that case is a prayer of repentance and belief in his Son.

So friend, if you’re asking God for three loaves today, or you’re asking him to move mountains on your behalf, you can pray with importunity.

You can be bold, brash, shameless, demanding, annoying, persistent, and impertinent, and remind God of what his Word says. Click To Tweet

You can approach the throne of God and sue him to fulfill his Word. He delights to do you good, and he’s eager to answer such prayers.