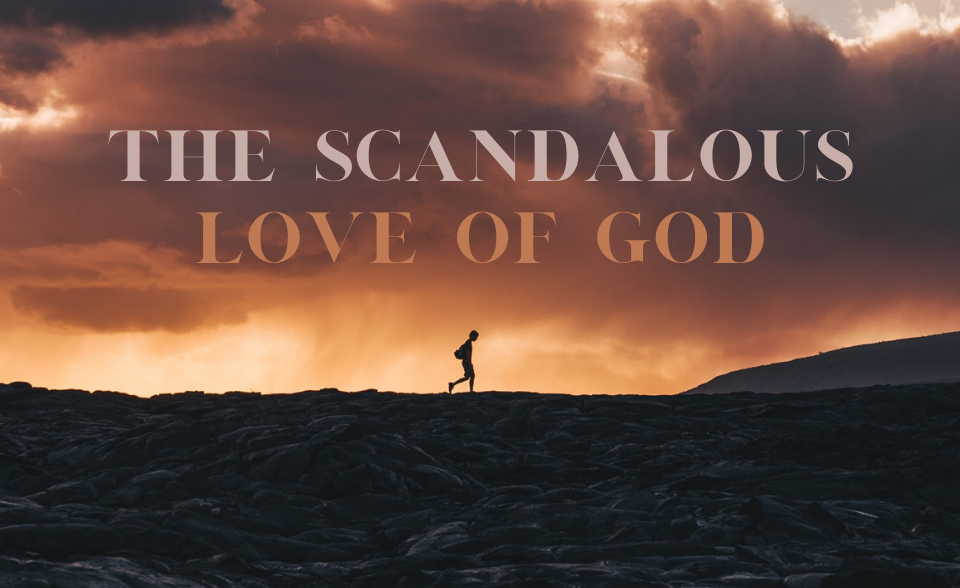 Over the weekend, we turned the house upside down looking for Gracie’s blue spandex. She was in a volleyball tournament and part of her uniform had seemingly vanished off the face of the earth. At first, I was minorly irritated. But as minutes of searching turned into hours, my irritation level began to rise.

We rattled off every conceivable place she should look. Each time her response was the same, “I checked and it isn’t there.” If the spandex didn’t come out of hiding soon, she wouldn’t be able to play in the day’s games, and the gravity of that was sinking in. As we got closer and closer to our intended departure time, my irritation turned to anger, and her stress turned to panic.

Finally, I asked what I should’ve asked hours earlier, “Gracie, have you prayed about it?” At that, she buried her head into my shoulder and broke down into tears. Suddenly, my anger over her lack of stewardship turned into compassion. Who was I to be angry when I too had lost valuable things?

Jesus told a series of parables about lost things. The scene opens in Luke 15 when Jesus was eating with a large group of tax collectors and sinners. This offended the sensibilities of the Pharisees, who had long ago rejected Jesus and his message. In their self-righteousness, they thought they were representing God’s attitude towards sinners by staying as far away from them as possible. But Jesus was not only hanging out with them, he was sharing a meal and teaching them.

He was a friend of sinners, and his stories revealed the Pharisees didn’t represent God’s heart towards sinners at all. The three parallel stories Jesus told, all started with a similar experience…losing something of value. A shepherd who lost a sheep, a woman who lost a coin, and then finally, the most penetrating story of all, a father who lost a son to wayward living.

A man had two sons. The younger son broke rank by asking his father to give him his portion of the estate. Such an outrageous request was tantamount to wishing his father was dead. The son liquidated whatever assets his father had given him, took the cash, and ran.

For a while, the son lived it up in a faraway country, where he spent all his money on parties and prostitutes. But when his money and friends ran out, he found himself in the lowest possible place a Jewish boy could be; starving and living among the pigs. He decided he would go back to his father and beg him to hire him as a day laborer.

His sins were so great, and so dishonoring, he knew he had no right to ever be considered a son again. But maybe, just maybe, his father would have mercy and let him work off his debt?

The Shameless Love of the Father

Jesus’ listeners were undoubtedly gobsmacked at this point in the story. This was absolutely the worst thing a son could do to a father! Their Jewish culture was dominated by written and unwritten codes about shame and honor. A good Jewish boy was expected to bring honor to his family, and avoid anything that might bring shame.

The shame the son had brought upon himself and his family would’ve resulted in a ceremonial funeral, declaring this son as good as dead. No self-respecting Jewish father would’ve ever claimed this son as his own. If he was lucky, and the father had an ounce of mercy, the best he could’ve hoped for was a life of servitude.

But that wasn’t the scandalous part.

Jesus continued with the story, “While he was still a long way off, his father saw him and was filled with compassion for him; he ran to his son, threw his arms around him, and kissed him” (Luke 15:20).

The Compassionate Heart of the Father

Had this father no honor? This was unheard of. No Pharisees could imagine a father who not only remained at his post looking for his long-lost son, but went on to do what no dignified man in that culture would do. He hiked up his robes and ran to his son! Then he hugged him, repeatedly kissed him, and threw an elaborate party to celebrate that what once was lost, had now been found.

I can only imagine the hush that must’ve fallen over the crowd when Jesus finished this story. The meaning was clear, for no one asked for an interpretation. The grace of the father towards his prodigal son was unlike anything the Pharisees, or anyone else had ever heard of or imagined. This was (and still is) the compassionate heart of our heavenly Father towards sinners.

The father’s love for his prodigal son broke every societal rule of shame and honor. His compassion knows no bounds, and he celebrates when one sinner turns in repentance back to their father.

Human souls are one thing.

But does he care about other lost things? Things that have no eternal value or significance, like, I don’t know…spandex?

After hours of fruitless searching, we did what we should’ve done from the start, we prayed, “God, we know you care about lost sheep, lost coins, lost souls, and even lost spandex. Will you please show us where to look so that we can praise you for returning what was once lost? In Jesus’ name. Amen.”

After we finished praying, I headed to Gracie’s room to look once again, but before I got there she called from my bedroom. “I found them! I found them! They were under your bed!” That was one place I never would’ve thought to check, but God answered our prayers and directed her where to look. Along with her blue pair of spandex, we found some other missing items our mischievous Pomeranian had stashed away.

What once was lost, had now been found and we both praised God for promptly answering our prayer.

I Once Was Lost, But Now I’m Found

Like my daughter, I have lost many things in my life, and I’ve been what was lost. But his lavish, extravagant, and downright outrageous love has chased after me. The most scandalous part of it all? When he saw me a long way off, he ran towards me.

Are you a long way off, wondering if you should swallow your pride and return home, hoping maybe just maybe, you’ll be allowed to be a hired hand?

Friend, he’s watching for you. He’s ready to hike up his robes and run towards you. He’ll gladly bear any reproach that should be yours, to welcome you safely home.

He is the finder of all lost things, including spandex. Including me. Including you.

Because he ran towards me,

P.S. Download my free ebook Paths of the Righteous. It’s full of stories of prodigals saved by grace, and their experiences with the scandalous love of God.