My Story: Finding God's Grace Sufficient in a Messy Relationship 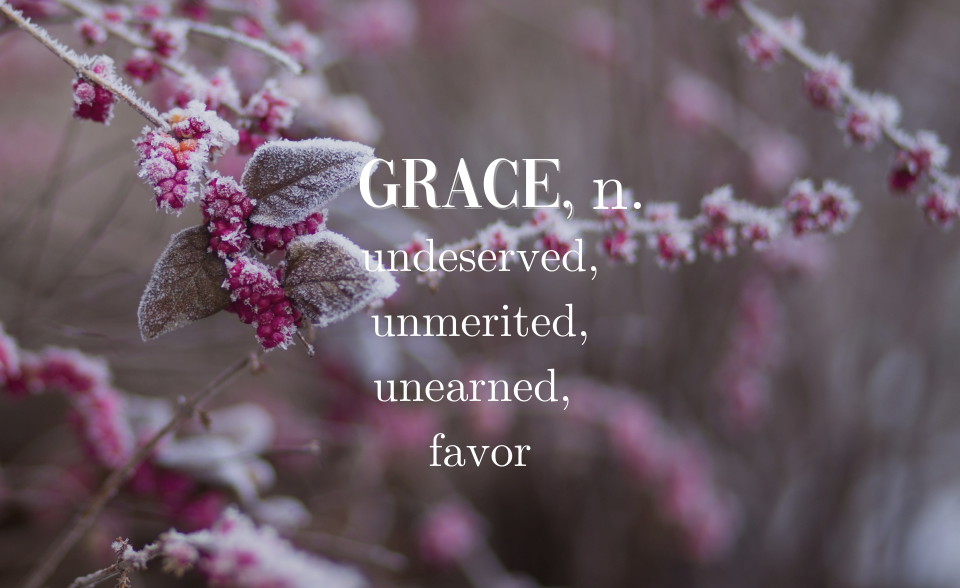 But he said to me, “My grace is sufficient for you…”

The beam of sunlight poked through the slats in the blinds and landed on my face. In that hazy in-between state of sleep and wakefulness, I remembered what was on the agenda for the day. Today we were going to lunch with my mother-in-law. I wondered if there was any way I could get out of it? I silently prayed, “O God, I need your grace to get through this day!”

We knew it was important to touch base with her when we were in town. But each visit left me exhausted from the carefully choreographed dance we did around the elephant in the room. Our relationship was complicated, and our history was ugly and unresolved. The list of topics we couldn’t talk about was longer than the ones we could. And we all seemed perplexed as to how to connect in this strange new reality of ‘the way things are.’

The Tornado and Its Aftermath

It had been four years since the revelations were made that tore through our family like a tornado, leaving our relationship in ruins. After bedtime stories one night, our daughters tearfully revealed their secret about abuse that had been taking place at Grandma’s house.

In those early days, grief, confusion, and betrayal threatened to undo me. But, in the wake of the tornado, there was no time to come undone. Fires were burning all around us, and my husband and I were trying to figure out how to assess the damage and apply first aid.

Eventually, the fires settled down, and we had to consider what the future would look like between our families. We had been betrayed at the deepest level by someone we thought we knew, and who we thought loved us. The earth around our relationship was scorched. By God’s grace, and in time, we would forgive, but any sort of relationship with him was out of the question.

That left us wondering about another casualty from the wreckage. “How do we move forward with Grandma?”

While she never shared her feelings with us, we knew the revelations broke her heart. We didn’t know how a relationship could be forged between us, but for her sake, and our children’s, we wanted one. Our only hope was that our shared faith would eventually lead us towards reconciliation.

A Long and Winding Road Towards Healing

For years, we prayerfully worked through the trauma with our girls. They were very communicative and told me everything they were feeling. As hard as it was to hear them recount their memories, it gave me countless opportunities to pour God’s truth into their hearts. (Even when I felt hopelessly ill-equipped to do so!) When it didn’t seem like it, God was at work binding up their broken hearts and moving us towards forgiveness.

Time and physical distance had helped us move on too, but being back with Grandma brought it all back to the surface. Even though she wasn’t to blame for what had happened, I wanted her to acknowledge the pain our girls had gone through. How wonderful it would’ve been if she had just hugged them, and told them she was so sorry it all happened!

But instead, she wouldn’t let her guard down to show a vulnerable, less-strong version of herself. Being together must’ve been too hard for her because she quietly disappeared from our lives. Occasionally, we’d exchange cards or video messages, but it was clear she was not interested in talking about, or acknowledging, what had happened.

The Way Things Are

With such a complicated history, I reluctantly agreed to go to lunch and was mentally prepared to play my part. While I dreaded the meeting, the kids were eager to see her. They started to catalog all the things that had changed in their lives, and what they wanted to tell her.

As the list grew, I felt that familiar ache for the brokenness of this relationship, and what it could’ve been. The truth was she had missed a lot of years and milestones. I grieved for what my kids had lost, but I also grieved for what she had lost without them in her life. With only the surface-level greetings once or twice a year, she didn’t know who her grandchildren were becoming, or how God had used this massive stain on their childhood in countless ways for his glory.

I almost didn’t recognize her as she walked towards us in the parking lot. Her hair was no longer short and gray, but now long and white. She had lost a lot of weight, her cough was markedly worse, and she was on oxygen full-time. This was a big outing for her, and I knew it took no small effort to get there.

Learning to Accept ‘The Way Things Are’

As expected, our conversation stayed in safe, shallow waters. But as I looked around the table, I began to notice all the little things that were not so shallow.

My eldest daughter was gently leading the conversation, highlighting the exciting things that were happening in each of her siblings’ lives. My 6’1” son lovingly wrapped his arm around her shoulders and teased her about their height difference. My two youngest asked her questions about her hobbies and interests. Everyone was carrying on, making our rare visit a pleasant one.

It was then I realized, I needed to accept this relationship for what it was.

It would never be what it could’ve been, but by God’s grace, it was more than it should’ve been. It wasn’t what I had envisioned reconciliation looking like for us, but at least it was something. The old familiarity we once enjoyed was gone, and in its place was an awkward, but intentional effort to make some new memories.

As we parted ways in the parking lot, she pulled me close for a hug. It was a rare sign of affection, and I knew in her own way, she was saying more with her hug than she could with her words. Her declining health and labored breathing reminded me; we’re not guaranteed another awkward visit next year. It was time to stop looking back, wishing things could’ve been different, and start looking forward, focusing instead on ending well.

Like so many others, our family history is a complicated and messy one. It’s not the story I would’ve chosen, but in a strange way, I wouldn’t trade it either.

For in the midst of the tornado, God’s grace has been palpable, not only to me but to our children.

We’ve experienced his peace in the darkest moments, seen him move and act on our behalf, grown closer as a family, and found him faithful time and time again. Our scars are a continual reminder of God’s care over our lives.

While big question marks still remain over what the future looks like with this relationship, I’m trusting the Author and Finisher of our faith (and story) to help us end well. Regardless of what comes, I know from experience, his grace will be sufficient.

Because of his amazing, undeserved, unmerited favor,

P.S. How have you seen God work through your life and change your attitude about the hard relationships you have? I’d love to know in the comments below.

P.P.S. Do you have a story to tell? I’m currently accepting submissions for this series “Holy Leisure in Hard Places.”