Better than a Christmas Truce is the Prince of Peace 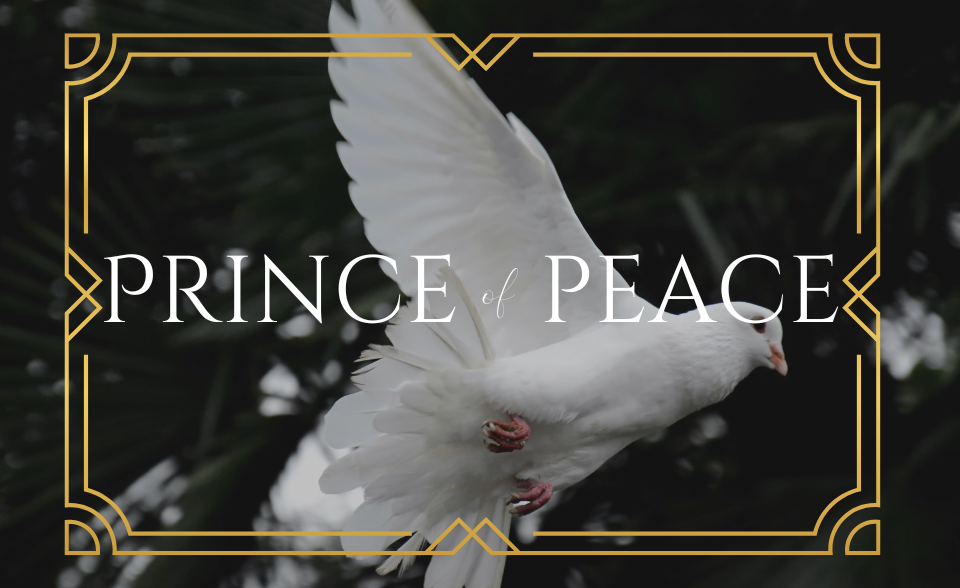 It was about 10 pm on Christmas Eve 1914 when the guns fell silent on the Western Front. World War I was raging in Europe, and there was no end to the fighting in sight. When the gunfire ceased, the Allied soldiers sat in the darkness, waiting to see what would happen next. Then, instead of bullets whizzing overhead, they heard a different sound, it was singing.

The British didn’t recognize the words, but they knew the tune. It was ‘Silent Night’ sung by German soldiers just yards away. Soon, hundreds of British soldiers joined in, singing along with their enemies. When the song was over, one German yelled out, “Happy Christmas, Tommies! No war tomorrow.”

The next morning, a German soldier walked over to the Allied side. Soon other Germans followed all shouting, smiling, and waving. Soon hundreds (and by some accounts thousands) of soldiers from both sides climbed out of their trenches, and met in the field that lay between them, appropriately named, “No Man’s Land.”

A German officer happily announced, “They’ll be no shooting today!” to which both sides cheered and shook hands. They managed to share what gifts they could find including cigars, brandy, sausages, and some Christmas pudding, along with a lively game of football. On that Christmas Day in 1914, a Christmas Truce was reached, war was exchanged for peace, even if it only lasted for a day.

The story of the Christmas Truce shocked the world. In the most unlikely, but needed place, peace on earth and goodwill toward men took on a whole new meaning. Documentaries, movies, and countless articles were written that hailed the two sides’ shared humanity and desire for peace. But as astonishing as this story is, it’s also strangely sad and unsatisfying. For even though a ceasefire can be called for Christmas, the bombing often resumes the next day just like it did in No Man’s Land.

Even when the best of human nature shines through at the darkest moments, we learn that that is not enough to sustain peace. By sweeping away the issues that divide us, we might create an illusion of peace. But this isn’t real peace. We want permanent lasting peace, not a truce that ends the next day. We want peace with our enemies and peace in our hearts.

The Commander of Peace

Thankfully, this kind of peace isn’t wishful thinking, but available to those who belong to Christ. The climactic finale of the four-fold Messianic titles in Isaiah 9:6 is the glorious title, Prince of Peace. Seven hundred years before Jesus was born, Isaiah penned these magnificent words.

For to us a child is born,

to us a son is given;

and the government shall be upon his shoulder,

and his name shall be called

The title Prince of Peace is translated Sar-Shalom in Hebrew and has a more nuanced meaning than the other three titles. You’re probably familiar with the word ‘Shalom’ which conveys feel-good meanings such as safety, wellness, happiness, friendship, absence of strife, prosperity, and peace. But the Hebrew word ‘Sar’ has a far-less friendly meaning and is often used with militaristic overtones in the Old Testament. It means commander, captain, ruler, chief, and prince.

Aren’t the pairing of those two titles a bit strange? How can a commander, who usually orchestrates war, bring peace? The irony of these two names is that Jesus could bring peace with a show of force. In the years ahead, the Prince of Darkness would flee when the Prince of Peace entered his domain. But here, at his birth, the Prince, who commanded an angelic army was also heralded by them.

“And suddenly there was with the angel a multitude of the heavenly host praising God and saying, “Glory to God in the highest, and on earth peace among those with whom he is pleased!”

Maybe thousands upon ten thousand angels were deployed to welcome their Commander-in-Chief, the newborn Prince of Peace. After so much waiting, the Sar Shalom had finally been born, and his birth ushered in not an invasion of war, but an invasion of peace between God and man.

Shalom for our souls

But as we enter into the final days before Christmas, the landscape around our lives and the world looks far from peaceful. It’s interesting that when the angelic army announced peace on earth, it wasn’t issued to everyone. There was a specific target in their angelic sights. Peace on earth was for those with whom he (God) is pleased. Are you among those with whom God is pleased?

Before you answer, remember there is nothing inherently pleasing about us. In fact, if you could stack all your good deeds to heaven, they would be nothing but filthy rags before the holy God (Isa 64:6). But if your sins are covered by the blood of Christ, his perfect righteousness is credited to your account (2 Cor 5:21). This effectively signs the peace treaty between you and God. The result is a shalom that reaches to the furthest parts of our souls.

The Prince of Peace offers…

This is not merely a truce, but true lasting peace. Jesus’ sacrifice on the cross justifies us before God.

“Therefore, having been justified by faith, we have peace with God” (Rom 5:1).

The inner-Shalom Jesus brings is not wishful thinking, but the everyday reality for those who are his.

“And the peace of God which surpasses all understanding will guard your hearts and minds through Christ Jesus” (Phil 4:6).

Our greatest enemy is not sin or Satan, but God himself. Because of Christ’s sacrificial death, God’s wrath was turned away and placed on Jesus.

“For he himself is our peace, who had made us both one and has broken down in his flesh the dividing wall of hostility” (Eph 2:14).

Peace in No Man’s Land

Praise God our Prince of Peace is everything our world leaders are not!

He came not to wield a sword, but to bear a cross. Instead of asking his subjects to lay down their lives for his cause, he shed his own blood to establish their (and our) peace (Col 1:20). And when we couldn’t enter into No Man’s Land to access God, he broke down the middle wall of separation and reconciled us by the blood of his cross (Eph 2:14-22).

Don’t settle for a Christmas Truce, when the Sar-Shalom offers us something infinitely better. Because the Messiah bore our sins on the tree, our war with God is over. He signed the peace treaty with his blood, and it’s irrevocable. No Man’s Land no longer exists for believers for we are reconciled and enjoy peace with, from, and of God.

This good news is worth singing about. Let’s join with the angels and proclaim glory to God in the highest, and peace on earth to those with whom the Prince of Peace is pleased.

P.S. Grab this free coloring page and meditate a little longer on the Prince of Peace.

P.P.S. This is the last in the 4-part series, He Shall Be Called. I hope you enjoyed learning about the Wonderful Counselor, Mighty God, Everlasting Father, and Prince of Peace as much as I did.