Why Caesar Augustus' Decree Should Strengthen Your Faith This Christmas 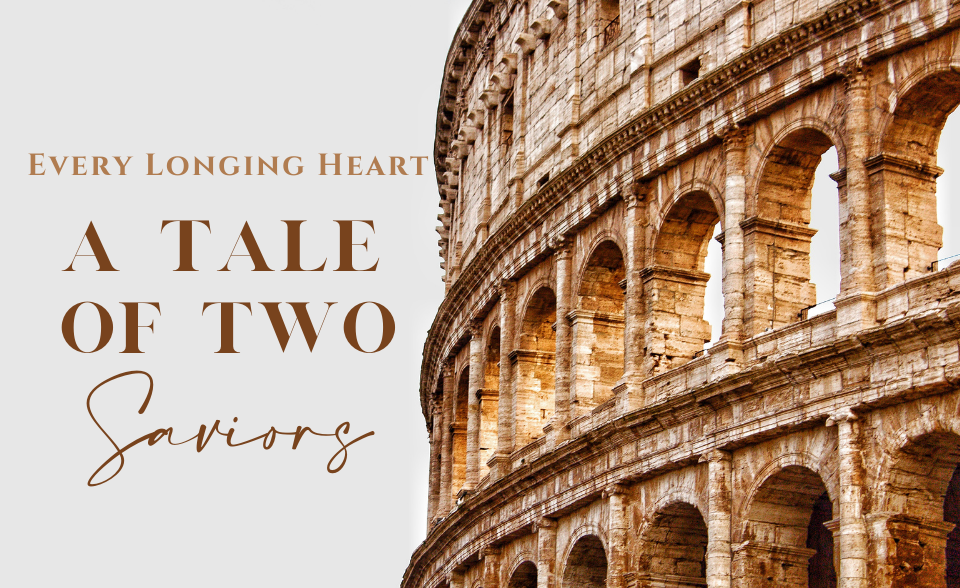 And it came to pass in those days that a decree went out from Caesar Augustus that all the world should be registered.

Caesar Augustus dipped his signet ring into the red wax and pressed it firmly onto the decree, making the census official. The adopted son of Julius Caesar leaned back in his chair and sighed contentedly. He was proud of himself and the peaceful and flourishing empire he had built.

The decree required a huge reshuffling of people around the world. Everyone had to return to their ancestral hometowns to be registered. It was a slight inconvenience that would reap wealth and military dominance for Rome for years to come. After all, Augustus knew he would have the people’s support. Most of his subjects adored him, which is why the Senate honored him with the title ‘Augustus’ meaning holy one. He felt he had earned that title.

However, the so-called “holy one” had no idea that his census was part of a divine plan to make sure the Holy One was born in Bethlehem.

Nearly 700 years before Caesar Augustus, the prophet Micah prophesied where the Messiah would be born.

“But you, O Bethlehem Ephrathah, who are too little to be among the clans of Judah, from you shall come forth for me one who is to be ruler in Israel, whose coming forth is from of old, from ancient days.”

Out of an obscure town named Bethlehem, would come the most famous, and consequential ruler of all time. (Caesar Augustus was no match for this Ruler.) A faithful remnant were watching and waiting for Micah’s words to be fulfilled.

Mary and Joseph were in the lineage of King David, which meant they needed to travel to Bethlehem. The arduous journey from Nazareth, couldn’t have come at a more difficult or uncomfortable time in Mary’s pregnancy. Riding into Bethlehem, as her labor pains increased in frequency and strength, did she remind herself of the words of Micah 5:2? Did she find comfort knowing the Child wouldn’t be born along the way to Bethlehem?

The Tale of Two Saviors

It was around the time of Jesus’ birth, that Caesar Augustus brought forth the Pax Romana, or Roman Peace. For the first time in centuries, the land rested from war. As a result, the entire Roman empire flourished and Augustus began many building projects, expanded roads, and opened borders for travelers. With Pax Romana, the world was ready to receive the gospel message.

It’s almost embarrassing, isn’t it? How could one finite man ever receive worship as ‘the savior of the world?’ Poor Caesar Augustus, he had no idea how foolish he was to declare such a thing. He couldn’t see the full picture, or how he was indirectly ushering in the birth of the true Savior of the World in Bethlehem.

The Fullness of Time Had Come

Have you ever wondered why God chose this particular time for his Son to be born?

Galatians 4:4-5 says, “But when the fullness of time had come, God sent forth his Son, born of woman, born under the law, to redeem those who were under the law, so that we might receive adoption as sons.”

All the political, social, and prophetic indicators made this the perfect time. The fullness of time meant the world’s stage was set and the curtain was about to rise. However, those who should’ve been looking for his arrival were tragically unaware of what was about to happen in Bethlehem. But as they spiritually slept, God was awakening many to this glorious news.

Why Should Caesar Augustus Matter To You?

There will always be self-proclaimed ‘saviors of the world,’ making decrees to advance their own political agendas. Caesar Augustus is just one in a long line of them throughout history. But his cameo on the stage of Jesus’ birth, shows us who’s really in charge.

Proverbs 21:1 says, “The king’s heart is a stream of water in the hand of the Lord; he turns it wherever he will.”

No matter how outrageously our leaders may act, or what decrees, mandates, or laws they put in place, we can be sure that they are but water in the palm of God’s hand. Caesar Augustus believed his census was a tool for Roman domination, but it was actually the shifting of water to fulfill prophecy.

This Advent, the longings of every human heart won’t be found wrapped under a tree, or even in favorable “king’s decrees.”

Born in the fullness of time, to a woman, under the law, so that he could redeem and adopt us as sons and daughters.

He was born in the exact place at the exact time the prophet foretold. The hearts of kings turn like water in his hand, and we can trust him with our future. He is worthy of your adoration this Christmas. This is Jesus Christ, the true Savior of the World!

Set the longings of your heart on Jesus this Advent Season!

Download your FREE ADVENT COLORING BOOK below. Your kids can color along as we take a look at the people who surrounded Jesus’s first Advent.