Mary’s Magnificent God & 3 Ways to Praise Him This Thanksgiving 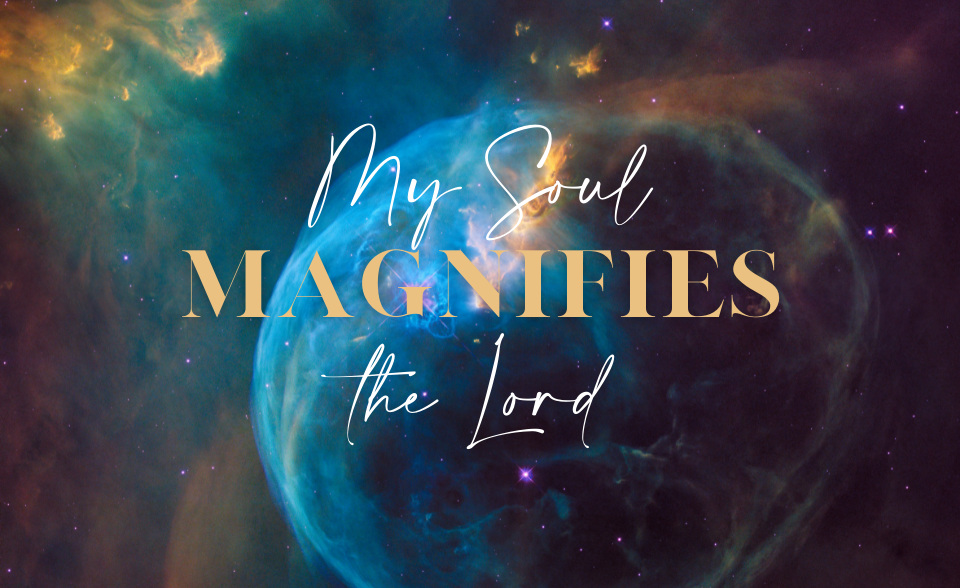 She was an unwed and soon-to-be pregnant teenager from the podunk town of Nazareth. By her own account, she was a real nobody. Yet, the angel Gabriel had news for her that would say otherwise. He told her she was highly favored by God, and she would be considered the most blessed among women…ever.

Her unfathomable privilege was that she would conceive and bring forth a Son, the Messiah, and his kingdom would have no end. The news was earth-shattering. But perhaps most shocking of all was the detail that she would bear the Messiah as a virgin.

If any woman had reason to panic over the news of an unexpected pregnancy, it was Mary. Her situation was nearly impossible to explain and could ruin her socially. But Mary’s response to this news was as otherworldly, as the messenger who delivered it. It revealed a young heart so thoroughly steeped in the truths of God’s word, nothing could shake her.

Mary’s song, or the Magnificat as it’s also known, is like a Psalm plucked out of the Old Testament and dropped in the New. In it, her heart overflows with worship for what God had done not only for her but for Israel and future generations. Overwhelmed that God would use such a lowly servant as herself, her praise is ever God-ward.

“My soul magnifies the Lord, and my spirit rejoices in God my Savior,

for he has looked on the humble estate of his servant.

For behold, from now on all generations will call me blessed;

for he who is mighty has done great things for me, and holy is his name.

He has shown strength with his arm; he has scattered the proud in the thoughts of their hearts;

he has brought down the mighty from their thrones and exalted those of humble estate;

he has filled the hungry with good things, and the rich he has sent away empty.

He has helped his servant Israel, in remembrance of his mercy,

as he spoke to our fathers, to Abraham, and to his offspring forever.”

A Hymn of Thanksgiving?

It’s fitting that this is Thanksgiving week. Perhaps you’ve never considered Mary’s song as a hymn of thanksgiving. You might feel more comfortable keeping Mary sweetly reflective in December’s manger, not at November’s feasting table. However, her words of effusive praise, are nothing short of a giving of thanks to God for all he has done and is doing.

We miss something of the joy God intends for us as we compartmentalize his word to coincide only with the calendar. Let’s go crazy this year and give thanks in November, for the words we usually read only in December. They apply to us year-round.

3 Ways to Cultivate a Mary-Like Heart of Thanksgiving

1. She Gave Thanks for the Present

For he who is mighty has done great things for me, and holy is his name.

Mary was overwhelmed with praise for what God was doing in her life. Over twenty times she referenced God in her song, and eight times she praised God for what he had done. Her heart was in tune to seeing God at work in every area of her life. Like the Psalmist who said “His praise shall continually be in my mouth” (Psalm 34:1), Mary’s greatest desire was to magnify, or make great, the name of the Lord.

2. She Gave Thanks for the Future

Mary saw the future-saving work God was doing through the Son she bore. Even in her youthfulness, she recognized God was overthrowing the normal social order. He elevated a lowly maidservant, like herself, and passed by those who were mighty and noble. God was filling the hungry with good things, and sending the rich away with empty bellies. Not many wise, mighty, and noble are called, but God uses the foolish things of the world to shame the wise (1 Corinthians 1: 26-27). His mercy would be extended to all who feared him for endless generations into the future.

3. She Gave Thanks for the Past

He has helped his servant Israel, in remembrance of his mercy, as he spoke to our fathers, to Abraham and to his offspring forever.”

Mary looked not only to the future but also to the past. It was because of her thorough understanding of Scripture, she was able to see her particular circumstances in light of everything God had already done for Israel. She saw her part in God’s sweeping redemptive story, all the way back to the Abrahamic covenant. Remarkably, she understood that the fruit of her womb would bless all the families of the earth (Genesis 12:3). God had been faithful in working through the affairs of Israel in the past, and he would continue into the future.

Mary, A Model Giver of Thanks

We often gloss over the devotion and faithfulness of Mary, because we’re afraid of venerating her too much.

J. Vernon McGee encouraged us, “Protestant friend, let us call her blessed. We don’t make her a goddess and kneel before her, but we do need to call her blessed. It was her glorious privilege to be the mother of the Son of God, to bring Him into the world. We should not play it down, but we should not play it up either. She was a wonderful person, and it was no accident that she was chosen by God. It was His definite decision, and God makes no mistakes.”

Mary was the first to admit that she was only a lowly maidservant of the Lord. You might even say, she was just a small-town girl, living in a lonely world. But God saw beyond her station in life and gave her the most beautiful privilege he ever gave to any woman. Since Eve, we’ve all been born under the curse of sin. But Mary’s Son was the exception. Not because she was sinless, but because he, being born of the Holy Spirit, was.

Mary was blessed, and her magnificent song revealed a young heart overflowing with thanksgiving and awe. We would do well to follow her example and be equally overwhelmed by our unworthiness before God. She was a true worshiper. Let’s model her heart of thanksgiving and praise towards God today, and all year long.

Let us magnify his name together,

P.S. Draw your heart closer to the Savior Mary pointed to this Advent Season with the Every Longing Heart Coloring Book. It’s an intentional way of setting our affections on the true joy of all our hearts.

We had a big week this week. We launched #2 kiddo