Our Daily Bread & How to Be Satisfied Forever 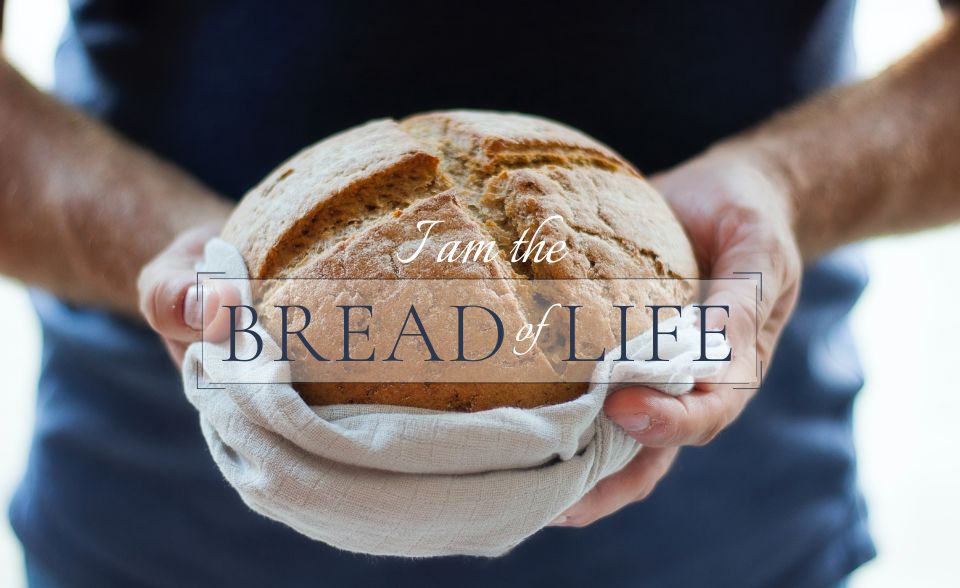 Not far off the eastern shores of Honduras, in the crystal blue waters of the Caribbean Sea, lies the Bay Island of Roatán. Known for its beautiful beaches, barrier reef, and its incredible snorkeling, Roatán is a little slice of paradise. But away from the glitz and glam of the tourist spots, live some of the poorest and hungriest people, my son has ever seen. At least that’s how he described it after returning home from there last weekend.

On a mission trip, Cole, and his team, went to this impoverished community to share the gospel of Jesus Christ. For an American teenager, who hasn’t suffered want for much, seeing such primitive living conditions and families who hadn’t eaten in several days was shocking. Hunger exists everywhere and not just on distant shores, but seeing it up close often gives us a new appreciation for this most basic of human conditions.

At the most fundamental level, food is the stuff of life. Whether we have a lot of it or a little, our human condition revolves around cycles of hunger and fullness. One meal is eaten, and not too long after that, we start planning for the next. Perhaps that is why Jesus compared himself to the most basic staple of the human diet. In order to live now, and live eternally, we need to be nourished by food that never expires.

We need the Bread of Life.

The fullness from the previous night’s meal was wearing off when the crowd came looking for Jesus to feed them again. He had taken five loaves and two small fish, blessed them, and distributed them to thousands of hungry people in a massive display of his creative power and deity. The crowd wasn’t concerned with the spiritual implications of yesterday’s miracle, but only to get more of their physical needs met.

Their requests were brazen and rude, especially in light of what he’d already done. It was clear they saw Jesus not as their Savior but as their free meal ticket. He was a means to an end and the answer to their daily struggle for daily bread. Perhaps they could persuade Jesus to feed them again, by asking him to show them even more signs (John 6:30).

The callousness of their disbelief must’ve grieved his heart. You can hear his disappointment when he diagnosed their motives for coming to him.

It’s ironic that when Jesus offered them food that never perishes, it was exactly what they wanted, but not the way they wanted it. They saw Jesus as useful and a way to stop the neverending cycle of worry about their next meal. He wanted to fill them up with the staple that would nourish them both now and through eternity. Jesus wasn’t offering to give them more bread, he was offering to be their bread.

“I am the bread of life; whoever comes to me shall not hunger, and whoever believes in me shall never thirst” (John 6:35).

This was a hard truth for them to accept. His claim was unabashedly Messianic. He was saying things that disrupted their sincerely held, but incorrect views like, “Moses didn’t give you the bread from heaven, my Father did.” Who did this guy think he was, claiming to be better than Moses and at the same time God’s son? First, he claimed to be bread, and then that he came down from heaven. (John 6:41) Wasn’t this the same Jesus, whose parents, they knew?

All the warm fuzzy feelings from the miraculous feeding were gone. The bread they wanted, and the bread he was offering were not the same thing. Unlike the bread that was offered in the wilderness, the Bread of Life came down from heaven so that those who ate of it would never die (John 6:49-50). At face value, these statements were outrageous. How could any bread make you live forever? But if they thought that statement was weird, things were about to get much weirder.

Then Jesus said, “The bread that I will give for the life of the world is my flesh,” and “Unless you eat my flesh, and drink my blood, you have no life in you (John 6:51, 53). They took Jesus’ words in a literal sense when he meant them metaphorically. Their refusal to believe blinded them from understanding the whole point of this conversation.

Jesus was foreshadowing his broken body and shed blood on the cross as the substitute payment for sinners to receive eternal life. His flesh and blood became our soul’s bread and drink, and it is supremely and forever satisfying.

His flesh and blood became our soul’s bread and drink, and it is supremely and forever satisfying.Click To Tweet

Just like the fickle crowds that chased after Jesus for the free lunch, we too can follow Jesus with less-than-pure motives. We can find him and his teachings useful for living a morally upright life, running a profitable business, and raising “good” kids. Pursuing the outcome without treasuring the source is like enjoying one meal of loaves and fish when you’re offered a lifetime of them.

In November of 2009, John Piper famously preached from this passage of Scripture to inmates in the largest maximum-security prison in America at Angola. He said,

Friend, have you eaten the Bread of Life? Are you abiding in him, and loving others? When we partake of him, we find him to be the food our souls need most. Don’t work merely for food that is perishing, instead, set your sights (and appetites) on that which never expires, goes bad, or leaves you wanting.

To believe in him is to eat and be satisfied both now and forever. He is the stuff of life and he is our daily bread.

P.P.S. If you want to read more about this theme of eating and drinking in the Bible, what it means for us, and what we crave…I invite you to check out these posts.

A Theology of Leftovers & How to Feed Your Hungry Soul