The Good Wine's Kept for Last & How to Receive Blessing Now 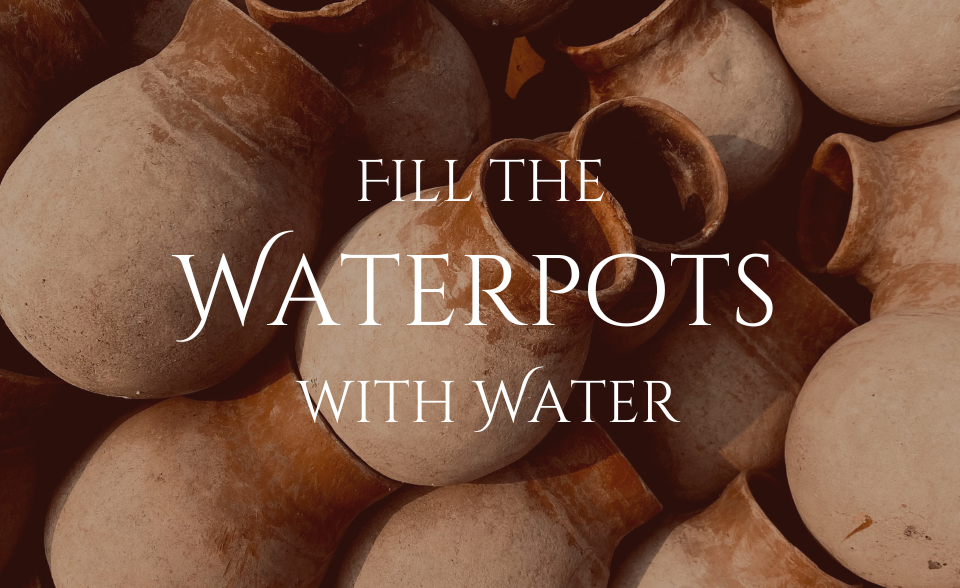 If the walls inside the Paris cellar could talk, they’d tell stories of wars, and rumors of wars, cigarette breaks, and love affairs that took place under their silent watch. But for nearly 200 years, they held another secret. Behind a layer of bricks and mortar lay a hidden room, where ancient bottles of wine had been aging in its perfectly temperature-controlled space since the American Revolution.

During a renovation, in 1985, the walls came down and a crate of ancient Bordeaux wines was discovered. Among the dozen bottles was a hand-blown dark-green glass, capped with a nubby seal of thick black wax. It had no label but etched in a spindly hand, was the year 1787, the word “Lafitte,” and the letters, “Th.J.” The crate of wine had been collected, but never shipped to its intended recipient, America’s first wine connoisseur, Thomas Jefferson.

Later that year, the bottle went up for auction at Christie’s auction house in London, and was considered one of the “world’s greatest rarities.” The wine’s value was listed as “inestimable,” but sold to the Forbes family for the highest price ever (at the time), a record-breaking $157,500!

Thomas Jefferson might’ve had a penchant for fine wine, but the world’s rarest wine wasn’t a bottle that never reached his collection, but an instantly fermented drink that was never touched by the curse. The best wine was saved till last, and served at a wedding in Cana of Galilee, over 2000 years ago.

Fill the Waterpots with Water

You know the story. Jesus and his disciples were invited to a wedding. Middle Eastern weddings were often a week-long affair. It was the bridegroom’s financial responsibility to provide enough food and drink for the entire week for all of his guests. So when the wine ran out, this had the potential to be a huge social embarrassment.

Mary, who must’ve been helping the family with the wedding details, came to Jesus and broke the distressing news, “They have no wine” (John 2:3). Jesus gently rebuked his mother, saying, “Woman, what does that have to do with me? My hour has not yet come” (John 2:4). The timetable for him to reveal himself was not human, but divine. Recognizing her place was to step back, she told the servants to do whatever it was he asked.

Then Jesus told the servants to “Fill the waterpots with water” (John 2:6).

Jesus could’ve created something out of nothing, and said, “Let there be wine.” But instead, his first public miracle, started with the command, “Fill the waterpots with water.” This is not unlike his way. Jesus often issues commands, before he blesses.

We don’t understand how human effort and God’s supernatural power work together, but somehow, mysteriously, they do. He tells people who are crippled, lame, and even dead, to do what they cannot do, and then he effortlessly lavishes his grace.

Like the waterpots filled to the brim, is his overflowing grace towards those he wants to bless. While we don’t always know how he will provide, or fix our social embarrassment, we can recognize his ways.

His command + our obedience = our blessing.

He loves to take what’s broken, empty, and dead and make it whole, full, and alive. Obedience is met with his overflowing waterpots of grace.

So the servants filled the waterpots with water, drew some of the water that had been turned to wine, and gave it to the master of the feast. He said to the bridegroom, “Everyone serves the good wine first, and when people have drunk freely, then the poor wine. But you have kept the good wine until now” (John 2:10).

The command was followed by obedience, which resulted in blessing – the good wine was kept for last. But isn’t this where the rub is? We want the good wine first. Let’s bypass the social embarrassment, and suffering, and get to the good stuff. But God’s Word tells us that we must first drink from another cup before we know the sweetness of the good wine that’s to come.

Living among the thorns and thistles, in this life we must first drink the cup of the shared sufferings of Christ. Peter told us that we must join Christ in his sufferings before we share in his glory (1 Peter 4:13). First the bitter cup, then the sweet. We feel this suffering and bitterness that’s brought on by sin every day. So, we keep dying to sin, considering ourselves crucified with Christ, and living now by faith (Gal 2:20).

How could we know the sweetness of the good wine that’s waiting for us, if we had not first developed a taste for it? Someday soon, however, we’ll drink this good wine, that’s been kept for last. We know it’s our Father’s good pleasure to give it to us, and we will drink it at another wedding, the Marriage Supper of the Lamb (Rev 19).

Charles Spurgeon said it so beautifully.

“Christian, you will soon see the King in his beauty. Your head will soon rest in his loving arms, and you will sit at his feet with Mary. You will do as the spouse in Solomon’s Song did; you will kiss him with the kisses of your lips and know that his love is better than wine. I can picture you saying in the first moment of your life, “He has kept the best wine until now.”

The Best Wine is Yet to Come

Your needs might stand before you like huge waterpots that need filling. His commands seem incongruent with our needs sometimes. “Lord, I don’t need more water, what I need is wine!” But still, if we’ve learned anything from the servants at the wedding, we should make haste to obey, and fill our waterpots with water.

No offense to Christie’s or the Forbes family, but the world’s greatest rarity isn’t found behind a Parisian cellar wall. No matter how delicious those grapes may be after aging all this time, there’s a sweeter, richer, more nourishing beverage that’s being kept in heaven for you.

The Master of the Feast is making it ready. Its value is inestimable. Those that are his will drink it and be satisfied forever. The best wine is yet to come.

P.S. Jesus said, “Blessed are those who hear the word of God and keep it” (Luke 11:28). Sometimes we need reminding how good this blessing of obedience truly is. Here’s a free phone wallpaper to remind you to keep filling your waterpots with water, and let Jesus do the rest.