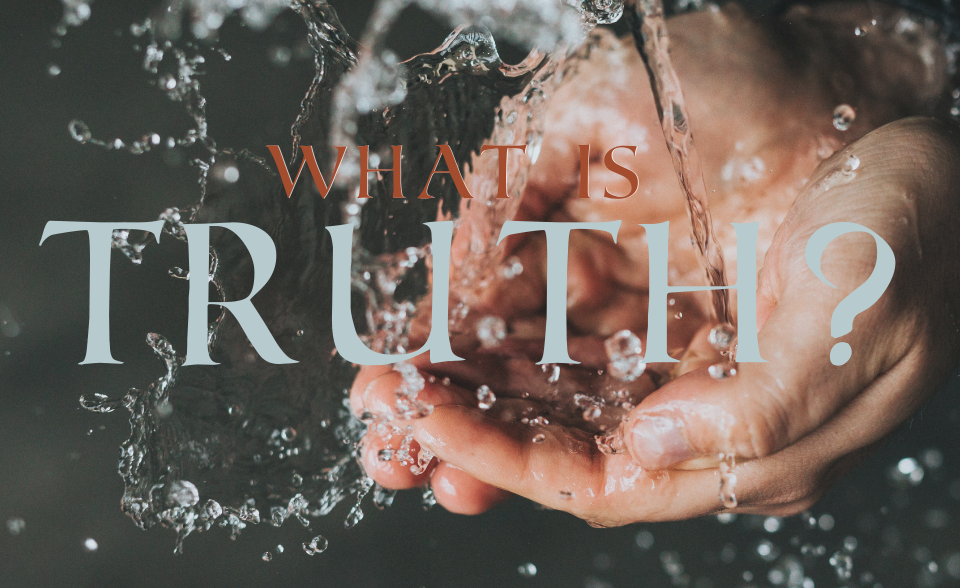 Besides, while he was sitting on the judgment seat, his wife sent word to him, “Have nothing to do with that righteous man, for I have suffered much because of him today in a dream.”

Claudia sat straight up in bed and brushed her sweat-drenched hair away from her face. She sighed, relieved it was just a dream. She wrapped her robe around her shoulders and walked to the window, where she paused to look out on the Praetorium. That’s odd. Why were there so many people there at this early hour?

Suddenly, she remembered her dream. Her husband Pilate was presiding over cases in the Praetorium like he always did, but this time the miracle-working Jesus of Nazareth stood before him. Everything about the dream unnerved her. If Pilate condemned an innocent man like him, that might provoke the anger of the gods, and end his career. She froze. Where was Pilate anyway? She had better get word to him to have nothing to do with that just man!

As the installed Roman governor over Judea, Pilate wanted to stay in the good graces of Rome, but he was on a short leash, and he and everyone around him knew it. According to the Jewish historian Josephus, tensions between him and the Jews had been mounting for years. Before Jesus ever stood in his court, trouble had been simmering below the surface of his rule, and it was about to become a boil.

When Pilate first took office, he paraded his soldiers through the streets of Jerusalem carrying standards with Caesar’s image. Deeply offended by this idolatry, for five days the Jews harassed Pilate to remove the idols. He told them to meet him in the amphitheater to come to a resolution. But instead of working out a resolution, he set up an ambush. He ordered the Jews to stop their harassment or his soldiers would chop off their heads. The Jews called his bluff and bared their necks. Even Pilate knew if he killed defenseless people that end his career, so he relented in defeat.

Another time, Pilate felt the water supply in Jerusalem was inadequate, so he decided to build an aqueduct. But in order to finance the project, he secretly stole money from the temple treasury. When the people found out, they held mass protests. Pilate responded by sending his soldiers into the crowd and they clubbed and stabbed many of the Jews to death. Rome was furious, and the Jews hatred of him grew.

Lastly, while staying in Herod’s Palace in Jerusalem, Pilate decided to do some redecorating. He set up Roman shields around the palace with inscriptions to Tiberius Caesar. By this time, even his Roman colleagues knew he’d gone too far, and Herod’s sons reported him to the emperor. When Tiberius heard the report he was furious and ordered him to remove the shields.

How It Was Going

So as Claudia was waking up from her dream, Pilate was living out his worst nightmare. In the case of the Jewish leaders vs. Jesus of Nazareth, Pilate was in a no-win situation. The Jews wanted Jesus dead, and they had Pilate right where they wanted him. If he released Jesus, the religious leaders would appeal to Caesar. But if he condemned Jesus, without solid evidence, the people might revolt, and Roman justice would be viewed as a joke.

But the more Pilate questioned and observed Jesus, the more convinced he became of his innocence. Every effort he made to get rid of him only boomeranged back.

From then on Pilate sought to release him, but the Jews cried out,

“If you release this man, you are not Caesar’s friend.”

Poor Pilate. There he stood, in the presence of Truth incarnate, and yet he rejected him. Truth stared at him through his swollen and bloodied eyes, and offered, “Everyone who is of the truth hears my voice” (John 18:37). Pilate? Do you hear me? I am the truth.

But Pilate, who I believe knew the truth, essentially put his fingers in his ears and refused to hear. He cynically replied, “What is truth?” and handed Jesus over to be crucified. If Pilate, who saw the truth first-hand could so casually damn his own soul, how many others because of pressure, politics, or self-preservation, have done the same thing?

We don’t know what Pilate’s wife Claudia dreamed the night before the crucifixion. But to her credit, and to his fault, her husband tried to heed her warning to ‘have nothing to do with that righteous man.’ Unfortunately, for Pilate, and every other human who’s ever lived, it’s not that easy to wash your hands of Jesus.

The Pontius Pilate Effect is to presume that by washing your hands you’ve removed your own guilt or responsibility in the matter. Maybe that works in other contexts, but when it comes to Jesus, it’s not that simple. To wash your hands of Jesus doesn’t absolve you from having to make a decision…in fact, you’ve just made it.

What Will You Do With the Truth?

Pilate asked a very poignant question to the crowd when he offered them the choice of Jesus or Barabbas. “What then shall I do with Jesus who is called Christ” (Matthew 27:22)? That’s a question we all must answer. The crowds called for his crucifixion, and Pilate put him to death. What are you doing with Jesus? Will you respond to the truth, or will you try to wash your hands of it?

Jesus said, “I am the resurrection and the life: the one who believes in me will live, even though they die” (John 11:25). Death is not final, Jesus is. I hope your ears are open to the truth and you’ll respond to his voice today.

P.S. Jesus has always been a hot potato politically. Whether it was 2,000 years ago or today, rulers don’t know how to handle him, as he’s a threat to their earthly kingdoms. If you want to learn more, check out these other posts about Caesar Augustus and Herod the Great. I find great comfort knowing that no matter who sits on the throne, Jesus is KING!