What Jesus & Abraham Lincoln Teach Us About True Freedom 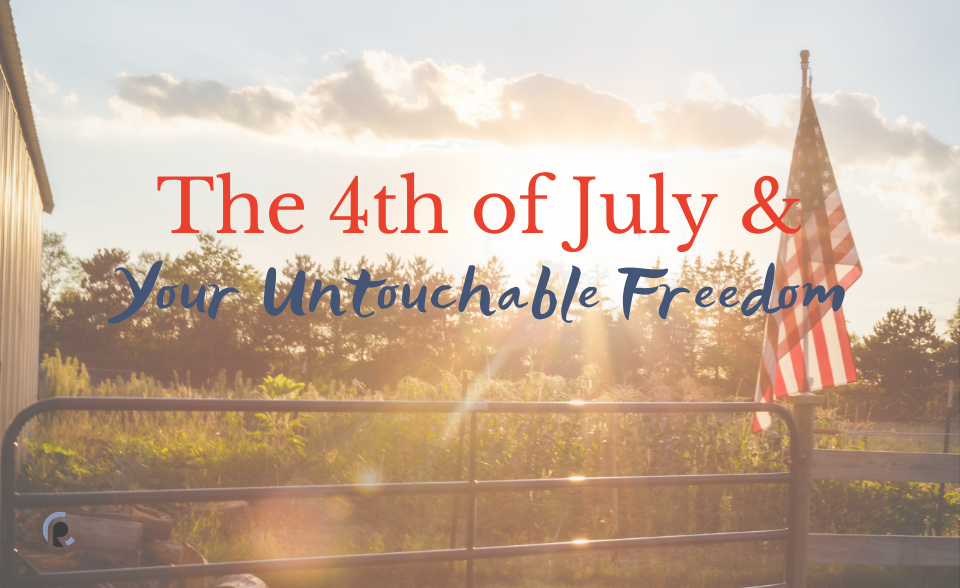 “The Spirit of the Lord is upon me, because he has anointed me to proclaim good news to the poor. He has sent me to proclaim liberty to the captives and recovery of sight to the blind, to set at liberty those who are oppressed, to proclaim the year of the Lord’s favor.”

When Jesus read these words he was at a hometown disadvantage. Taken from Isaiah 61, Jesus read this portion of scripture in a synagogue in his hometown of Nazareth. He closed the book, sat down, and told the congregation that they were witnessing the fulfillment of this prophecy — in him. It was clear he was claiming true freedom was found in him and he was equal with God. Those were gracious words and lofty claims for someone they knew only as “Joseph’s son.”

To their disappointment, Jesus wasn’t talking about setting political captives free, or overthrowing the Roman government. No, his kingdom wasn’t of this world, it was a future kingdom.

The liberty Jesus proclaimed wasn’t physical but spiritual. It was the kind of freedom that makes men free even when they’re chained up in prison. Click To Tweet

He sets us free from the penalty, power, and someday the presence of our universal oppressor, sin. Like all freedom, it came at a cost. Jesus secured it when he shed his blood for our sins on the cross. It is precious blood-bought freedom.

This weekend we’re reminded of another kind of blood-bought freedom. It’s the freedom many have fought and died to give us. It’s the freedom to govern and rule ourselves. Our founding fathers sought to establish a ‘more perfect union,’ from any other form of government on earth. Maybe it’s just me, but our more perfect union has never looked less perfect and less stable. It seems the bedrock truths that have held our nation up for 245 years are crumbling before our very eyes. As shaky this feels, there was another time in our history that probably felt even more precarious.

A few years ago, our family went on vacation to Washington, D.C. I already had a crush on Abraham Lincoln before going to D.C. But after our trip, he’s firmly fixed in my mind, as one of the greatest men of all time.

During the Civil War our country was at a dangerous tipping point. Whatever the outcome of that conflict would be, Lincoln knew it would either make or break our nation. Many believe, the Gettysburg Address is the most eloquent and impactful speeches ever written. Lincoln used only 10 sentences, and 272 words, to dedicate the hallowed battleground. In part he said,

President Lincoln reminded the soldiers that the sacrifices made at Gettysburg would not be in vain, and freedom and liberty would prevail in America. Can you imagine what would’ve happened if Lincoln and the Union hadn’t won? What would the world look like today if they hadn’t passed the 13th Amendment, abolishing slavery?

And yet, here we are in 2021, still wrestling with the ghosts of America’s past. The immense sacrifice President Lincoln, and countless soldiers have paid, to ensure our freedoms is nothing short of extraordinary. But, we might look around today and ask, “If that wasn’t enough for us to live in peace and harmony then what is?”

Real peace and true freedom isn’t found here on earth. Paul reminds us, “But our citizenship is in heaven, and from it we await a Savior, the Lord Jesus Christ” (Philippians 3:20). We’re awaiting the final homeland of heaven, where Jesus rules, and there is no more division, or sin.

The Not Perfect and Perfect Liberator

Perhaps the most compelling thing about Lincoln is that in many ways he was an ordinary man, born for the most extraordinary task. W.E.B. Dubois said of Lincoln, “I love him not because he was perfect, but because he was not and yet triumphed.”

He, and many others through our 245 year history, have fought to liberate men and women from tyranny, slavery, and oppressive governments. We love them because they were imperfect, just like us, and yet they endured to the end. We pray we can hold on to the freedoms they fought so hard for.

But Jesus offers us real, lasting, and eternal freedom. It’s not fragile, nor in danger of being lost through unfavorable legislation, war, or election results.

The freedom Jesus provides can’t be stripped away, or removed by ruthless dictators. It’s settled for all time, and it's untouchable. Click To Tweet

Praise God, that the perfect liberator, Jesus, who once for all defeated sin, now sits at the right hand of God, and ensures or guarantees, our eternal freedom (Hebrews 10:12-14).

Waiting for a Better Country

I get sentimental and patriotic when I consider our country’s history. As much as I love America, every news headline I read reminds me this is not my ultimate home. This weekend, I’ll proudly wear my red, white, and blue, wave my sparklers, and sing the “Star Spangled Banner.” But as much as I hope and pray for better days for America, my hope does not rest there. I’m longing for a better country, a heavenly one, and I bet you are too. Let’s pray for what Lincoln wished for, a new birth of freedom, and rest confidently that our eternal freedom is secure. That, dear friends, is true freedom, and it’s worth celebrating!