Wise Men Still Seek Jesus & How to Be Like Them 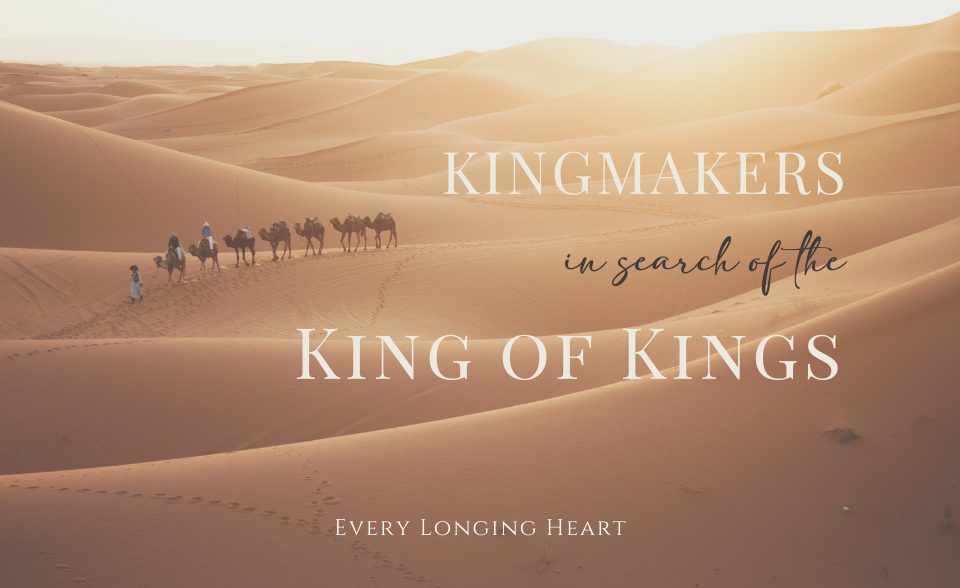 Behold, wise men from the East came to Jerusalem, saying, “Where is He who has been born King of the Jews? For we have seen His star in the East and have come to worship Him.”

When the wise men and their cavalry pulled into Jerusalem, they caused quite a stir. The fancy foreigners were hard to miss as they roamed around the market seeking the whereabouts of a newborn King.

Everyone from the fruit sellers to the chief priests shrugged their shoulders indifferently. How strange it must’ve seemed to the wise men that the people to whom the King had been born, didn’t know where he was, nor did they seem to be expecting him. Didn’t they know their own Scriptures?

Nearly 600 years earlier, while living in Babylonian captivity, Daniel foretold the timing of the coming of the Messiah. His prophecies had captured the interest of the magi, and they had carefully calculated, by the stars, the expected arrival of the Messiah.

For hundreds of years, they had waited. When the star appeared, they knew the time had come. They loaded up their camels with gifts and set off in search of the newborn King.

The wise men, or the magi, were a pagan priestly tribe from the kingdom of the Medes and Persians. They not only studied astronomy and astrology but also wielded tremendous political power.

Known as the “Kingmakers” of the day, no Persian King was legitimate unless he had been crowned by the magi. Now, the Kingmakers were on a mission to coronate the King of kings.

While Israel spiritually slept, the wise men were waiting expectantly for their Messiah. Even though they didn’t know exactly where to find him, they knew enough to go to Jerusalem and inquire about him there. To fill in the missing pieces of the “Where’s Jesus?” puzzle, they began asking questions.

Even with their expansive knowledge, they knew enough to know they didn’t know enough. To be like the wise men, we need to acknowledge our lack of understanding, but be dissatisfied with our ignorance. In order to know who he is, we can’t be afraid to ask questions. This desire to know leads to reverence or fear, and that is the beginning of real knowledge (Proverbs 1:7).

“We’ve Come to Worship Him”

The wise men went looking for the newborn King, so they could worship him and lay their treasures at his feet. When their journey had finally ended they weren’t satisfied to merely see him. They looked, and looked, and looked again at the babe, amazed they were beholding the incarnate God.

To be like the wise men, we too must behold him and consider what great depths God humbled himself to be born as a helpless babe. He was the Word that was made flesh and he came to dwell among us (John 1:14). When we think about him, and consider his coming, we too, should respond like the wise men and fall to our knees and worship.

His Kingdom is Not of This World

From the moment of his birth, only a remnant grasped Jesus’ rightful place as King. Sometimes the heart can’t distinguish what’s true based on what the eyes perceive. He looked so ordinary, and not kingly. He had no form or majesty about him, that anyone would desire him to be king (Isaiah 53).

Pilate seemed to wrestle with this too. When he met Jesus he didn’t look like a king, he came to him bound, and stood before him accused. He had a nagging suspicion that Jesus was indeed a real king and this made him extremely nervous.

Jesus answered [Pilate], “My kingdom is not of this world. If My kingdom were of this world, My servants would fight, so that I should not be delivered to the Jews; but now My kingdom is not from here.” Pilate, therefore, said to Him, “Are You a king then?” Jesus answered, “You say rightly that I am a king. For this cause I was born, and for this, cause I have come into the world, that I should bear witness to the truth. Everyone who is of the truth hears My voice.”

What sort of kingdom would crucify its own king? A king’s servants would fight so the king would not be crucified. But King Jesus willingly laid down his life in order to build a different kingdom, a heavenly one. And on his way to the cross, Jesus explained this was why he had been born. He was born to die. This is the scandalous story of Christmas. It’s the ushering in of a heavenly kingdom.

Casting Crowns Before the Throne

Queen Victoria, the monarch of the United Kingdom, sat in church one day, weeping as the preacher spoke of the glorious return of Jesus Christ. After the sermon, he approached her and asked, “Your Majesty, why did you weep as I spoke today?” She replied, “Because I do hope he will come in my day so that I may lay my crown at his feet.”

That is the proper response for anyone who beholds King Jesus. The wise men laid their treasures at his feet, and someday, Queen Victoria and all the saints will cast down their golden crowns around the glassy sea. We’ll offer whatever treasures we’ve received and view them as nothing compared to the supremacy of worshipping the one true King (Revelation 4:10). Unlike at his first coming, on that day we all will recognize and worship Jesus as the rightful King of the World.

However, if you’re not sure that the little baby in the manger is truly the King of the World, I invite you to do as the wise men did, go out and search for him. He is not hiding, and he is not lost. In fact, he promises to be found when we search for him with all our hearts (Jeremiah 29:13). Open up the Word of God and start reading. Talk to other Christians. Ask questions. And when you find him, you’ll respond as the wise men did of old. They were utterly convinced they had found the King, and they fell down at his feet in worship.

P.S. My hope is that the devotions of Every Longing Heart would draw your heart (and your kids) closer to the Savior this Advent Season. They are but a small treasure of my heart laid before the King.

So far we’ve discussed Caesar Augustus, Zacharias and Elizabeth, Mary, and the Shepherds.

P.P.S. And…in the spirit of drawing your heart nearer…I’ve created this free coloring book to use alongside these devotions. Grab your free copy right now.

P.P.P.S. Do you know the King? Consider these inspiring and true words.