Breakfast on the Beach & the Denier's Restoration Meal 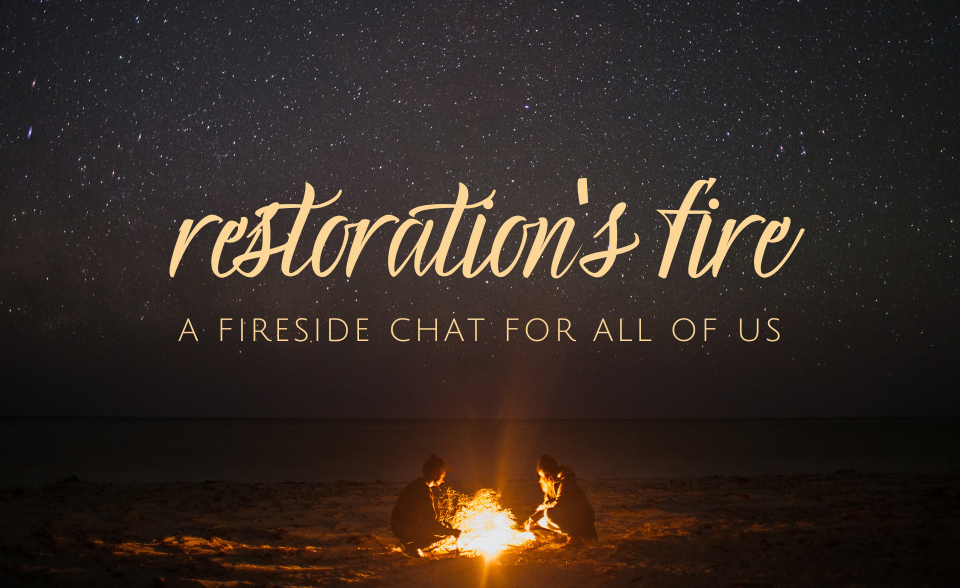 Jesus said to them, “Come and have breakfast.”

Peter didn’t know what to do, so he thought he’d return to the only thing he did know, fishing. At least while he and the other disciples waited for Jesus to return to Galilee, he could be productive. Even though Peter had seen the resurrected Lord, his three-time denial of Jesus still haunted him. He boasted he’d die for the Lord, only to deny him to a servant girl. How could he move forward in life and ministry, in light of such failure? Now, as the morning was beginning to break, he was met with yet another failure. After hours of fishing through the night, he had not caught a single fish.

About a hundred yards from the shore, the disciples made out the outline of a man standing next to the soft glow of a charcoal fire. The changing morning light obscured his appearance, but he called out, “Children, have you any food?”

They answered him, “No.”

“Cast the net on the right side of the boat, and you will find some.” It was ludicrous to think the fish would only swim on only one side of the boat, but the disciples did as they were told and cast their net on the other side. Immediately the net pulled down, and their backs hunched over, as their net was instantly full of fish.

Everything about this scene was familiar. In fact, it was only three years earlier, at the beginning of Jesus’s ministry, that Jesus told Peter to cast his nets into the deep after another fruitless night of fishing. Then, like now, Jesus divinely rearranged the fish under the surface of the water and filled their nets to overflowing. Jesus told Peter he would no longer be a mere fisherman, but a fisher of men. But so much had happened since then, and Peter must’ve wondered if his failure was too great for him to be of much future use.

The repeated miracle of the fish triggered John’s memory who exclaimed to the group, “It’s the Lord!” In typical impulsive Peter-like fashion, he quickly put on some clothes, dove into the water, left his friends and the massive catch behind, and swam to the shore to meet Jesus.

The Tale of Two Fires

Dripping wet, Peter drew near to the beach campfire and saw Jesus had laid out some fish over the charcoals. Instinctively, he held out his hands to warm himself, and another memory resurfaced. The night he had denied Jesus, he had warmed his hands over a different charcoal fire. That one was in the courtyard of the high priest, as Jesus was standing trial. It was there that instead of dying with the Lord, as he had sworn he would do, Peter denied he ever knew him. He remembered the devastation he felt when the rooster crowed, and he locked eyes with Jesus from across the courtyard. The denial was complete, and they both knew it.

Now Peter warmed himself not by the fireside of denial, but restoration. Jesus had prayed that Peter’s faith wouldn’t fail, even though he knew Satan wanted to sift him like wheat. After the resurrection, even the angels at Jesus’ empty tomb singled Peter out to hear the good news that Jesus had been raised from the dead (Mark 16:7). If death wasn’t the end of Jesus’ story, surely Peter’s denials weren’t the end of his. No sin or humiliation was too great that it exceeded Christ’s forgiveness. But even if Peter was already forgiven, he didn’t feel like he was.

When they had eaten breakfast, Jesus poked at this sore spot of unfinished business and asked Peter, “Do you love me more than these?”

Scholars are unsure what Jesus was referring to when he said ‘these.’ Could he have meant, the 153 fish they pulled in from the sea, and all the trappings of his old profession? Or maybe he was asking if Peter loved him more than all the other disciples? Whatever the case, it was love for the Lord that Peter once boasted he carried in spades. Even if all of the others fell away, he never would (Matt 26:33). Now, after being sifted like wheat, he knew better than to trust in himself. That didn’t work out too well last time.

But it was love and devotion, Jesus wanted to test and reaffirm. Once for every denial, Jesus asked Peter if he loved him.

“Peter, do you love (agape) me unconditionally?”

Peter replied, “I have brotherly affection (phileo) for you.”

A second time, “Peter do you love me supremely (agape)?”

Then Jesus changed the verb. “Peter, do you like (phileo) me?”

This grieved Peter when he lowered the bar of his love and he appealed to Jesus’ omniscience. “Lord, you know that I love you with brotherly affection.”

When Actions Speak Louder than Words

Can you relate to Peter’s hesitancy to claim ultimate, unconditional love for Jesus, after such a spectacular crash and burn? Unfortunately, his actions spoke louder than his words, and so the appeal had to be made, “Lord you know all things!” He couldn’t trust his own motives anymore after being so vocal and so confident that he would never fall away. How could Jesus possibly use him? He probably considered himself a washed-up, has-been disciple, who once got to hang out with Jesus.

But Jesus did know that Peter loved him. His shattered self-confidence was exactly the kind of material Jesus wanted to use. In newly blood-bought restoration power, Jesus gave Peter the new calling of “Pastor.” The fisher of men was now to be a tender of sheep. Who better to feed Jesus’ lambs, but the one who had been wayward, and lovingly restored to the fold, by the Master Shepherd, himself?

A simple breakfast of fish and chips on the beach was the meal of restoration between Peter and Jesus. The repeated elements of the charcoal fire, and a near-breaking net full of fish, were reminders to Peter of Jesus’ sovereignty over his story. No failure is ever wasted in the kingdom of God, and no humiliation can’t be restored. But one element of the story was still unfinished. Would Peter make the ultimate sacrifice and prove his undying love?

After commissioning Peter to feed his lambs, Jesus signified that Peter would glorify the Lord by dying with his arms stretched out (John 21:18-19). It was as if Jesus was saying, “Don’t worry, Peter. Some day your actions and your words will line up. I know you love me more than you love your life.”

History tells us that Nero crucified Peter in Rome. At Peter’s request, he was crucified upside down so as not to be crucified in the same manner as his Lord. The story came full circle, and I’m sure Peter wouldn’t have it any other way. If death was the ultimate test of love, Peter finally passed.

Maybe your life or ministry is haunted by the sins of your past too. Like Peter, you’ve boasted that your love for the Lord would never falter, only to know it did. You’re not the same person you were before, now that trials have sifted you like wheat.

But friend, those siftings weren’t in vain. It’s often from the humiliation of our failures, we’re better equipped to serve the other broken and needy sheep in God’s pasture. Do you love him? Maybe you’re like Peter, and don’t trust yourself to claim true love. Do you at least like him a lot? Thankfully, he knows your heart, and that’s all you need to be restored and recommissioned for the Master’s use.

Come warm yourself by his restoration fire. Your failures aren’t final, and your story’s not over yet.

P.S. This post is the 10th in the series, Taste & See. I hope you’ll grab a cup of tea and read through the whole series. Which meal meets you where you’re at? I’d love to know in the comments below.