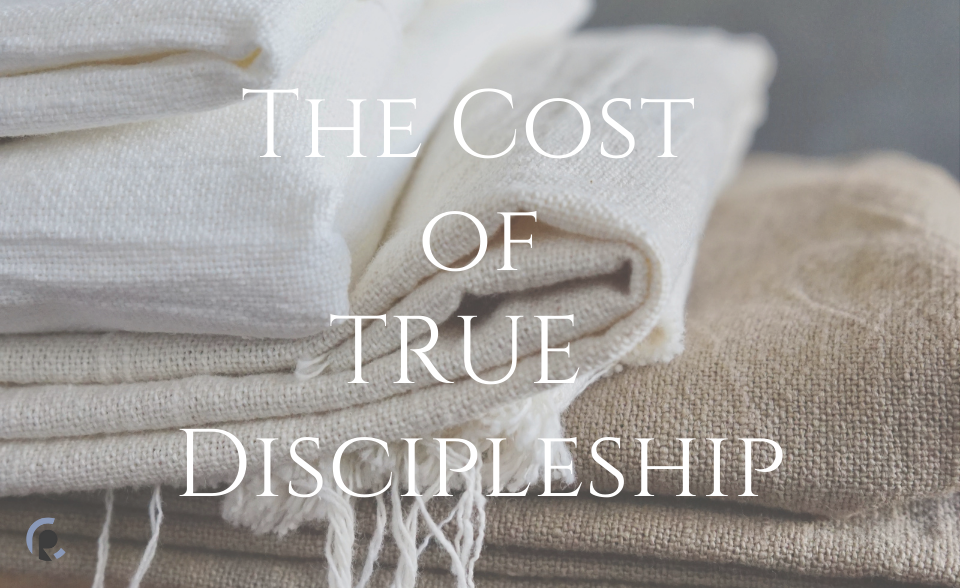 Now there was a man named Joseph, from the Jewish town of Arimathea. He was a member of the council, a good and righteous man, who had not consented to their decision and action; and he was looking for the kingdom of God.

Out of fear, Joseph had been following Jesus from a distance. His position on the Sanhedrin made it…‘complicated’ for him to get too close. He knew that if his views were made known, he’d be ridiculed at best, or dismissed at worst. But from what he’d seen and heard, it was clear to him that Jesus was the Promised One. Joseph was looking for the kingdom of God, and he was pretty sure he’d found it in Jesus of Nazareth.

Joseph of Arimathea had seen Jesus do things that defied explanation. Withered hands stretched out into wholeness, lame men picked up their palettes and walked, and grieving widows watched their dead raised to life. But it was Jesus’ words that impacted Joseph most of all. Jesus was unlike any other rabbi he’d ever heard – he spoke with power and authority! But unlike Joseph, Jesus feared no one.

In recent weeks, Joseph had become increasingly uncomfortable working with Jesus’ enemies in the Sanhedrin. Their jealousy and hatred of Jesus were like a fire that consumed them and destroyed everything in its path.

Joseph knew the Pharisees and the Sanhedrin saw Jesus as a threat to their power. They watched Jesus like a hawk and looked for any opportunity to catch him in his words or breaking one of their many rules. Every time they spoke of him their agenda became more clear. Even Caiaphas, who was the high priest, admitted it would be “expedient” that Jesus should die for the people. (John 18:14)

Expedient? What law had he broken? What scripture had he not kept? Would the religious elite dare to condemn and crucify an innocent man? Joseph knew his days of staying silent were numbered.

Being a member of the Sanhedrin had once been his greatest honor, but now it was Joseph’s greatest horror. Fear kept him silent, but when they voted to get rid of Jesus, he alone did not consent.

But it was too little too late. The Sanhedrin, the Supreme Court of the land, was so desperate to get rid of Jesus they proceeded to mock the very system they defended as righteous. They rushed Jesus’ civil and religious trials, conducted them at night, and didn’t allow for witnesses. Everything about it was illegitimate and wrong. The guardians of the law had become the biggest lawbreakers of all.

One Loving Act Amongst So Much Evil

But in a sea of cowards and evil-doers, Joseph took courage and did one loving act. He went to Pilate and asked for the body of Jesus.

After these things, Joseph of Arimathea, who was a disciple of Jesus, but secretly for fear of the Jews, asked Pilate that he might take away the body of Jesus, and Pilate gave him permission. So he came and took away his body.

Certainly, this request further exposed him as a follower, and he was clearly breaking rank with the Sanhedrin. But the thought of Jesus’ body being thrown into the pit with all the other corpses was at least one indignity he could spare Jesus.

Joseph’s love for Christ was expressed in his dissent if not in an open confession. -John MacArthur Click To Tweet

He stood against the pull of the tide that would’ve carried him downstream with all the other mindless haters of the Prince of Peace. Today, Joseph stands as a relevant example of the cost of discipleship in a time when dissent and non-conformity are also bearing consequences to believers.

How can we be more like Joseph, and stand for Jesus Christ, even when it’s costly? Here are four ways…

Joseph of Arimathea disappeared from the biblical narrative after he rolled the stone across the entrance to his tomb. That was probably the way Joseph would’ve wanted it. For he had done what he knew was right, and that was that. He had no expectation that it would amount to anything more.

But his contribution to the story of the cross is hard to overestimate. What would the events of this story be without the gracious donation of Joseph’s tomb? For it was there, that the course of history was forever changed! If you’re wondering if your devotion to Christ is worth it, because it’s so costly, remember Joseph of Arimathea. He was waiting for the Kingdom of God to arrive, and indeed it did. It all started Sunday morning when he went to the tomb and found it empty.

Because the tomb is empty,

P.S. Do you want to meet some of the other characters on the way to the cross? Check out some of these related posts in the Series: Characters Near the Cross. (Here are the posts about Judas, Peter, and Barabbas)

P.P.S. Has this post encouraged you in your walk? If you’ve considered anew the glories of the Word of God, then I count that as a win. Please subscribe to receive weekly posts to encourage and equip you towards holy leisure.