Hudson Taylor's Secret to Success was in "The Exchanged Life" 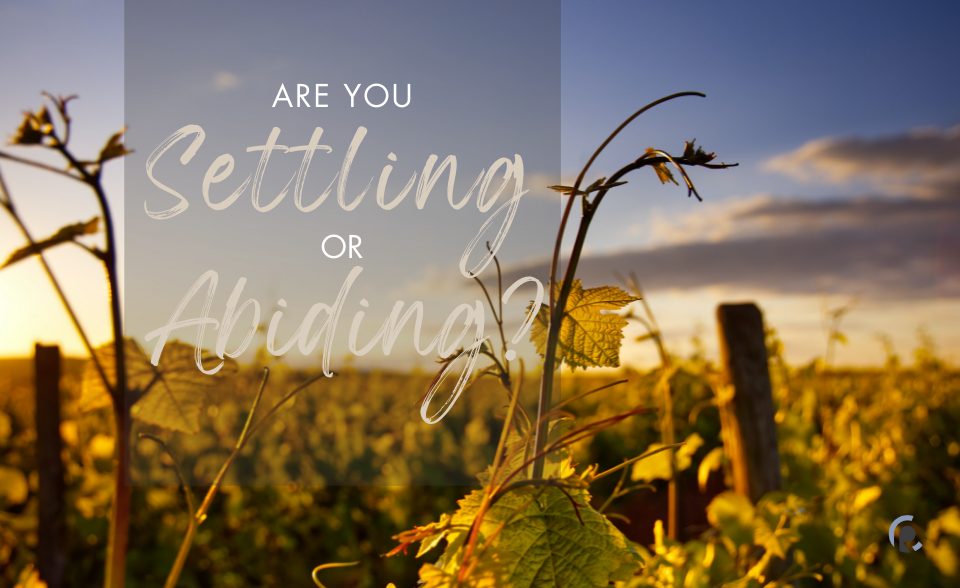 “Abide in me, and I in you. As the branch cannot bear fruit of itself, unless it abides in the vine, neither can you, unless you abide in me.”

In the early 1890’s Reverend Macartney, from Melbourne, Australia traveled to China to visit Hudson Taylor. Taylor was the first missionary to go into mainland China, and after decades of work, his ministry was flourishing, and the gospel was spreading.

Rev. Macartney watched as Taylor preached to the Chinese in their own tongue, and ministered to them in their own native dress. Macartney noticed Taylor was never in a hurry or vexed, and yet he still managed to accomplish more in a day than he thought humanly possible.

What was this Man’s Secret?

After observing him for many weeks, he said to Taylor, “You are occupied with millions, I with tens. Your letters are pressingly important, mine of comparatively little moment. Yet I am worried and distressed, while you are always calm. Do tell me, what makes the difference?”

“My dear Macartney,’ he replied, ‘the peace you speak of is in my case more than a delightful privilege, it is a necessity. I could not possibly get through the work I have to do without the peace of God ‘which passeth all understanding’ keeping my heart and mind.'”

But a few years prior to Macartney’s visit, Hudson Taylor was anything but a peaceful and steady man. In fact, he was so discouraged that he confessed to his wife Maria, he wished he could die. He felt the need for more personal holiness but knew he was powerless to attain it.

Each day he woke up resolved to read the Word, pray, and meditate, more diligently, but then the pressures of duties, and constant interruptions would cause him to forget Christ. He lamented that the daily mail and correspondence, robbed him of the Lord’s presence and fellowship for hours each day. (How much more would he have loathed email?)

He despaired that there would be no rescue, and maybe the holiness he desired was to be reserved and enjoyed only in heaven. With each passing day, he felt weakened by sin and hated himself more. But one day he received a letter that completely changed his life.

Resting on the Faithful One

A fellow missionary, John McCarthy, wrote to Taylor and shared with him the new freedom he was experiencing in learning how to abide in Christ. He spoke of Jesus’ command to abide in the vine, and that apart from Christ, we can do nothing (John 15:5).

Suddenly, a lightbulb turned on inside Hudson Taylor. It came in one glorious sentence he later memorized from his friend’s pen. McCarthy wrote, “How do I get my faith strengthened? Not by striving after faith, but by resting on the Faithful One.”

Taylor realized that he had not been interested in ‘abiding’ as much as he wanted to glean the sap that came off the vine. The sap was great, and it was sweet, but he was missing the fullness of Christ. How did abiding in Christ help to alleviate the vexations of his heart?

He realized the branch does not bear fruit by incessant effort. It does not strain for sunshine and air, nor does it worry about its beauty or blossom. Instead, the branch abides quietly in its undisturbed union with the vine and bears fruit and blossoms in its time.

Hudson Taylor’s described his spiritual breakthrough as “The Exchanged Life.” We exchange our worry, striving, and struggle, and in return, Jesus gives us the fullness of himself.

Taylor’s workload didn’t change after he exchanged his emptiness for Christ’s fullness. In fact, he told his sister that his work had never been so plentiful, difficult, or weighty. But now, the toil and strain were gone, and in its place, Taylor was described as joyous, bright, and happy.

But Taylor did learn to cast his cares on God in a new way through prayer. He stopped working late, and instead went to bed earlier and would rise at 5:00 am to pray and read his Bible.

Taylor’s exchanged life was nothing short of extraordinary. By the end of his life, the China Inland Mission, which he founded, had over 200 mission stations scattered across all the provinces of China, over 800 missionaries, and over 125,000 converted Chinese souls.

By God’s grace, Hudson Taylor’s fruitful ministry laid a foundation for Christianity before the country was closed and overtaken by Communism in the 1920s.

Ready for the Great Exchange?

Are you in a hurry and distressed? Hudson Taylor would admonish you, “Look up! See the Man of Glory. Let the face of Jesus shine upon you. Is Jesus worried, troubled, or distressed? There is no wrinkle on His brow, no least shade of anxiety. Yet the affairs are His as much as yours.”

The exchanged life is another one of the great paradoxes of Scripture.

Why settle for the sap, when you can partake of the fullness of the Vine? Oh, to have the kind of effectiveness, productivity, and joy in our lives that Hudson Taylor had! Who wouldn’t desire to exchange their cares and concerns for peace and tranquility? Or trade the endless ‘daily mail’ and a host of other items on our to-do lists for abounding, satisfying repose in our work?

Hudson Taylor learned the secret of a successful life. It’s found in the vine, Jesus. He’s everything and ten thousand times more. May he give us the grace to lay hold of the exchanged life.

P.S. I’m excited to share that I’ve written an ebook with 6 devotions titled Paths of the Righteous. In it, we’ll look at the lives and harrowing tales of famous missionaries and faithful witnesses of Christ (including my new hero, Hudson Taylor).

FREE for a limited time! Reserve your copy today!