Mountain Climbers, Beautiful Feet, & How Peace with God is Possible 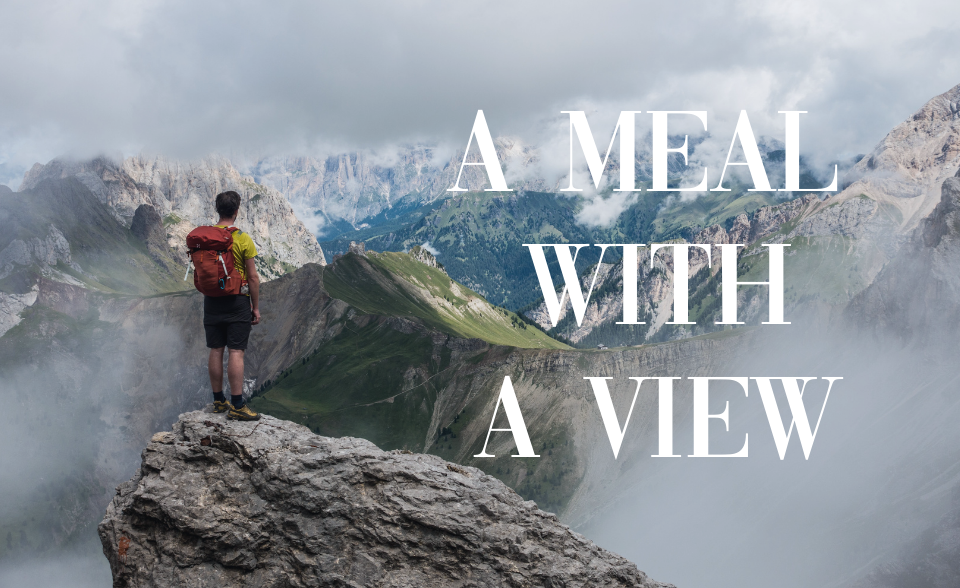 “They beheld God, and ate and drank.”

They weren’t sure what was trembling more as they ascended the mountain known to quake in his presence. Was it their legs or the ground beneath their feet? If ever there was a suicide mission, this might’ve been it. Israel’s seventy elders, along with Aaron and his sons, followed Moses up his well-worn path to the summit of Mount Sinai. Never would they have presumed to get this close to the Lord and live, and yet here they were.

Up they went, undoubtedly aware that whenever God descended, and Moses ascended, creation groaned in response. God’s holy visitations included terrifying signs of his power like thunder, lightning, thick clouds, smoke, fire, earthquakes, and trumpet blasts. God’s holiness was nothing to be trifled with. To get too near, or to even touch the mountain when God was there, meant instant death. Perhaps the only reassurance they wouldn’t be incinerated was the fact that God himself had invited them.

‘Then he said to Moses, “Come up to the Lord, you and Aaron, Nadab, and Abihu, and seventy of the elders of Israel, and worship from afar.”’

Theirs was an incalculable privilege. They couldn’t get too close, but they could go up, and experience in part, what Moses had been telling them in full. But when they reached the summit they saw something they never thought they’d see.

“And they saw the God of Israel. There was under his feet as it were a pavement of sapphire stone, like the very heaven for clearness.”

It’s a stunning and typically sparse-in-details statement. “They saw the God of Israel.” Undoubtedly flattened by the sight, their eyes could only see as high as his feet and his heavenly footstool of translucent sapphire pavement.

We don’t know exactly what these men saw, but we can be confident there is no discrepancy with the rest of Scripture, that tells us no man can see God and live. What Moses and the seventy men saw was a manifestation of God, some part of him, but not the whole. They caught a glimpse of the Holy One of Israel, and they lived to tell the tale. But the divine encounter didn’t end there.

A Meal for Peace

“And he did not lay his hand on the chief men of the people of Israel; they beheld God, and ate and drank.”

It seems a little out of place, don’t you think? Heavenly glory, a vision of God’s feet, a sapphire pavement that defied description, and then…they ate and drank? It seems so ordinary in the midst of so much extraordinary, so human when the heavenlies were within grasp.

But sharing a meal was an ancient way of sealing a covenant. Earlier in the chapter Moses had read the Book of the Covenant in the hearing of the people. They had pledged their obedience to it, burnt and peace offerings were made, and blood was sprinkled.

Burnt offerings were a sacrifice to atone for sin. When offered, the entire animal was consumed in the fire. But peace offerings were intended to be shared and given back to the worshipper. The peace offering was a voluntary sacrifice to thank God, and the worshipper would receive part of it back to enjoy for himself. It was this offering of fellowship and peace with God that the seventy-four men ate on the mountain top.

A Foretaste of a Forever Meal

Still warm in their bellies from the charred sacrifice, Moses and the men had received a foretaste of a future meal. This meal on the mountain pointed to a forever meal between God and man, made possible by a once-for-all peace offering on the cross. At Calvary, a new table was spread and the bread and the wine poured out for all to come and eat, and live.

So Jesus said to them, “Truly, truly, I say to you, unless you eat the flesh of the Son of Man and drink his blood, you have no life in you. Whoever feeds on my flesh and drinks my blood has eternal life, and I will raise him up on the last day. For my flesh is true food, and my blood is true drink.

This meal brings life to those who partake of it. Just as eating and drinking sustain physical life, so belief in Jesus’ sacrificial death on the cross is necessary for eternal life. Eating his flesh and drinking his blood is a metaphor that symbolizes our acceptance of Christ’s perfect work on the cross on our behalf. He makes the way for us to approach the unapproachable God. He is the means of peace between holy God and sinful man.

Meeting in the Majestic & Mundane

The paradox of the mountain meal is that the very place God was known to be unapproachable, terrifying, and far off, was the very place he came near. His holy presence, which would smote anyone who dared to come too close, was stayed by an offering of peace. The ground upon which only holy business was conducted with Moses, became a picnic ground enjoyed by the seventy elders.

This is the juxtaposition of holy God dwelling with sinful men. In this life, we share fellowship with him both in the majestic and the mundane. He’s the God who dwells in unapproachable light, whom no one has ever seen or can see (1 Tim 6:16), and he’s the God that reveals himself to us in the person of Jesus Christ. He became flesh and dwelt among us, and it’s his glory we behold (John 1:14).

When the seventy-four men saw the Lord, they only saw his feet and the sky blue sapphire pavement beneath them. It’s as if they caught a glimpse of the heavenly throne room with the whole universe lying beneath God’s feet. The God who invites us up the mountain, and who offers us his own Son as a meal of peace, has put everything under his feet.

Every corrupt evil system and God-hating government, every illness and disease, every bill that seems too hard to pay, and every relationship that seems too broken to mend. Everything is under his beautiful and glorious feet.

So take heart dear mountain climber, this is the God who has come to dwell among us. He’s terrifying and yet because of his Son, he’s approachable. He dwells in the shekinah glory of the mountain, and yet he walks with us through the deepest and darkest valleys. He’s provided a meal that cost him his flesh and blood so that we can be at peace with him. Come and behold his glory and eat and drink to your heart’s content.

This is the meal of life,

P.P.S. Are you enjoying this series? Subscribe below to receive next week’s devo straight to your inbox!